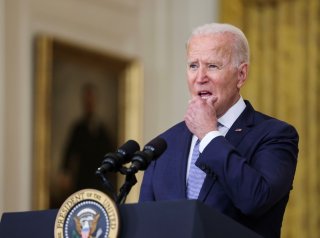 There only has been one round of payments from the expanded child tax credits, but it appears that it is already having a sizable impact on millions of struggling Americans amid the ongoing coronavirus pandemic.

According to the latest Census Bureau Household Pulse Survey that was released earlier this week, parents who have received the funds reported less trouble affording food and paying for household expenses.

The poll added that approximately 10 percent of American households with children sometimes or often didn’t have enough to eat over the past week—the lowest percentage registered since the pandemic started a year and a half ago.

However, there were still some concerning numbers, such as nearly 30 percent of adults in households with children had a hard time paying for their household expenses in the previous week, which was down only slightly from the previous month.

How Money Was Spent

Outlining how the tax credits were spent, paying for school expenses topped the board. Nearly 60 percent tapped into at least part of the direct cash to pay for books and supplies, tuition, tutoring, school transportation, or after-school activities. Moreover, nearly half of parents used at least some of the money for food, 28 percent forked over cash for the Internet, cell phones, and other utilities, and about 25 percent targeted more clothing.

The survey further revealed that about 27 percent of parents admitted that they already have spent the child tax credit payment and 32 percent said that they mostly saved the funds. About 40 percent of the respondents said that they used the money to settle outstanding debt.

As for when eligible parents can expect to see the second batch of payments for this month, do take note that they are expected to arrive two days earlier because the usual pay date of the fifteenth falls on a Sunday.

Thanks to President Joe Biden’s $1.9 trillion American Rescue Plan, the federal government is now allowing eligible parents to receive as much as $3,600 per year for a child under the age of six and up to $3,000 for children between ages six and seventeen.

Broken down further, what this all means is a $250 or a $300 payment for each child will be deposited into the bank accounts of parents each month through December.

There also has been increasing talk regarding continuing the expanded credits for years to come. One recent report put together by the Annie E. Casey Foundation showed that a permanent expansion of the credits could potentially lift more than four million children out of poverty.

“Every child needs food, health care, and safe and stable housing. Millions of households with children already lacked these necessities before the pandemic,” the report noted.

“To continue on progress already made on recovery, the foundation recommends: making the expansion of the federal child tax credit permanent,” it added.

Furthermore, the Center on Poverty and Social Policy at Columbia University has estimated that the credits will cut U.S. poverty by over half.