Child Tax Credit Update: Who Qualifies for That 'Stimulus Check' and Who Doesn’t 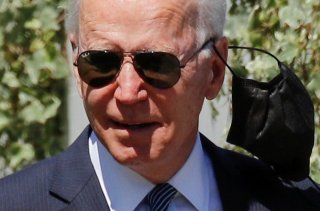 The American Rescue Plan Act is now more than three months old. The $1.9 trillion spending bill contained several landmark provisions, most notably the most recent round of stimulus checks - $1400 apiece to all Americans making less than $75,000 per year.

The plan also includes several other important measures, but the most notable for many American families will be the increase in the Child Tax Credit, and the unprecedented step of mailing it out in advance.

The qualifications for receiving a check are very similar to the qualifications for receiving a stimulus payment. Single parents must make under $75,000 per year to be eligible for the full credit. Parents filing jointly must make under $150,000. However, unlike the stimulus check, the credit does not immediately phase out; it decreases as incomes cross the threshold, so that parents making $160,000 per year – the cutoff for stimulus payments – will still receive some of the credit.

A new innovation has been the advance mailing of part of the credit – such that the Child Tax Credit effectively becomes a miniature stimulus check in itself. Starting on July 15 and ending on December 15, families will receive by default monthly payments of the tax credit in advance.

Children under six will receive $300 per month, and children over six will receive $250 per month. The other half of the tax credit can be claimed in April 2022, when it comes time to file 2021 taxes. While the checks are tax-free, receiving them means opting out of receiving the full sum as a rebate on your taxes. However, if you would rather have the tax credit as a lump sum, you can opt out of the monthly checks on the IRS’s website.

There is also a payment, although a lesser amount, for older dependents – between the ages of 18 and 24, when many Americans attend university and are still considered dependents. Though they do not qualify for the $3000 per month that 17-year-olds receive, they can add $500 apiece to the tax credit. However, you’ll have to wait until April 2022 for this payment, because it will not be sent out in advance.

There are some restrictions on who qualifies for the Child Tax Credit. Children need to be U.S. citizens, have a Social Security Number, and spend more than half of the year in the United States. If the parents are divorced, one parent gets the tax credit and the other does not; there is no splitting it.