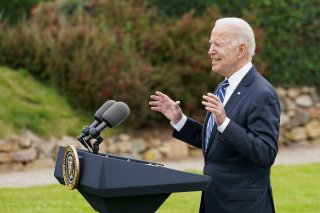 The three rounds of coronavirus stimulus checks have certainly helped millions of low-income Americans over the past year.

And beginning on July 15, smaller but monthly recurring “stimulus” payments will come in the form of expanded child tax credits, which will financially assist nearly forty million struggling families, according to White House officials.

Thanks to President Joe Biden’s $1.9 trillion American Rescue Plan, this new cash windfall will give eligible parents $3,600 per year for a child under the age of six and up to $3,000 for children between ages six and seventeen—amounting to a $250 or $300 payment each month through the end of the year.

“So, it is absolutely essential for those families who need the extra money. You know schools are going to start back up and kids need supplies along with so many other things,” she added.

However, there is growing concern that many low-income parents won’t know about these enhanced credits. Further adding to the problem is that the lowest income earners often don’t make enough money throughout the year to have to file taxes. In such situations, the Internal Revenue Service likely won’t have their necessary personal and financial information on file to properly disburse the payments.

The tax agency has put out a notice that to be eligible for the child tax credit, parents don’t need to be employed in any way. But do keep in mind that before this year, this particular credit was set aside only for parents who had at least $2,500 of earned income.

And in an effort to help those who haven’t filed their taxes, the IRS is planning on launching by July 1 a child tax credit portal—which can be used to update and adjust their information, such as address and bank account and routing numbers, and any changes to the number of dependents.

“Later this year, individuals and families will also be able to go to IRS.gov and use a Child Tax Credit Update Portal to notify IRS of changes in their income, filing status, or number of qualifying children; update their direct deposit information; and make other changes to ensure they are receiving the right amount as quickly as possible,” the IRS wrote in a release.

The agency added that it has started sending letters to more than thirty-six million families who may be eligible to receive the monthly credit payments. Then a second, personalized letter will follow, which will have the estimated total amount of their monthly checks.