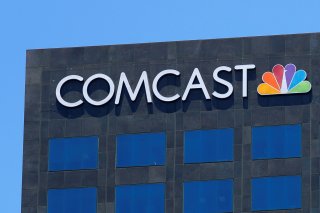 Ever since the protests began nationwide over the killing of George Floyd by Minneapolis police officers, many major corporations have made statements expressing support for the protests, with some promising policy changes or donations as a result of them.

Now, Comcast has announced a new program that will spend $100 million over the next three years in order to "fight injustice and inequality against any race, ethnicity, gender identity, sexual orientation or ability." The $100 million will be split into $75 million in cash and $25 in media.

The donations, Comcast CEO Brian Roberts announced Monday, will be presented on top of existing programs and commitments.

"We know that Comcast alone can’t remedy this complex issue," Roberts said in the statement. "But you have my commitment that our company will try to play an integral role in driving lasting reform. Together, we hope to help create a more equitable, just and inclusive society."

Craig Robinson, EVP and Chief Diversity Officer for Comcast subsidiary NBC Universal, will oversee the program. It will include donations to such social justice organizations as National Urban League, the Equal Justice Initiative, the National Association for the Advancement of Colored People, the National Action Network and the Community Justice Action Fund, in addition to others.

The company also plans to use its media resources to "highlighting Black voices and Black stories and educating our viewers on diverse and inclusive cultures, perspectives and experiences."

Not every had praise for Comcast's efforts.

"You still have employees on furlough, people who are underemployed, unpaid, underpaid, on restricted hours, and people making less than a living wage across America," one Twitter user said. "But sure, virtue signal, go for quick wins, instead of fixing problems you cause.

A Philadelphia Inquirer op-ed last month requested that Comcast open its home Wi-Fi hot spots to the public during the coronavirus pandemic, echoing a request from three Democratic senators earlier this spring. The company only opens its business and outdoor-based hot spots for the special public access available during coronavirus.