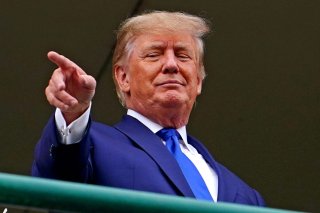 Tesla and SpaceX CEO Elon Musk admitted on Tuesday that he would reverse Twitter’s ban on former President Donald Trump if his $44 billion acquisition of the social-media company goes through.

“Permanent bans should be extremely rare and really reserved for accounts that are bots, or scam, spam accounts. … I do think it was not correct to ban Donald Trump. I think that was a mistake,” he said at the Future of the Car summit hosted by the Financial Times. “It alienated a large part of the country and did not ultimately result in Donald Trump not having a voice,” he added.

In January 2021, Twitter permanently banned Trump from the platform following the attack by his supporters on the U.S. Capitol. At the time, Trump was an avid tweeter and boasted more than eighty million followers. The company acknowledged that it had made the decision after the January 6 riot “due to the risk of further incitement of violence.”

Last month, on a CNBC program, Trump was asked whether he would return to Twitter if he had the opportunity. “No, I won’t be going back on Twitter,” said Trump, who has since launched Truth Social, which has been billed as a free-speech alternative to Big Tech platforms. “I will be on Truth Social within the week. It’s on schedule. We have a lot of people signed up. I like Elon Musk. I like him a lot. He’s an excellent individual. We did a lot for Twitter when I was in the White House. I was disappointed by the way I was treated by Twitter. I won’t be going back on Twitter,” he concluded.

Meanwhile, as Biden administration officials and Democratic strategists have become increasingly concerned about Musk’s Twitter takeover ahead of the 2024 presidential election, billionaire philanthropist Bill Gates has also chimed in by saying that Musk could potentially make Twitter’s platform “worse.”

Speaking at the Wall Street Journal’s CEO Summit last week, the Microsoft co-founder raised concerns about the rapid spread of misinformation on social media platforms, especially over the course of the years-long Covid-19 pandemic. “How does [Musk] feel about something [on Twitter] that says ‘vaccines kill people’ or that ‘Bill Gates is tracking people?’” Gates asked.

“What are his goals for what it ends up being? Does that match this idea of less extreme falsehoods spreading so quickly [and] weird conspiracy theories? Does he share that goal or not?” he added. “The way that you make those platforms spread truth and not crazy stuff, there’s some real invention required there. … It’s a huge problem in terms of legitimacy of elections or medical innovations … any sort of collective behavior,” he concluded.