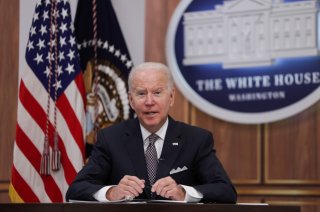 The index, which tracks consumer attitudes and buying intentions, now stands at 95.7, down 2.7 points from 98.4 in June.

“The decrease was driven primarily by a decline in the Present Situation Index—a sign growth has slowed at the start of Q3. The Expectations Index held relatively steady, but remained well below a reading of 80, suggesting recession risks persist. Concerns about inflation—rising gas and food prices, in particular—continued to weigh on consumers,” Lynn Franco, the Conference Board’s senior director of economic indicators, said in a release on Tuesday.

“As the Fed raises interest rates to rein in inflation, purchasing intentions for cars, homes, and major appliances all pulled back further in July. Looking ahead, inflation and additional rate hikes are likely to continue posing strong headwinds for consumer spending and economic growth over the next six months,” she continued.

On Monday, Walmart, the largest retailer in the United States, roiled the markets by lowering its profit expectations due to fast-changing consumer spending trends. According to CNN Business, the retail giant noted that inflation is driving Americans to spend more on food and other necessities rather than clothing or electronics. To help clear out the inventory backlog, Walmart will begin cutting prices on some items.

Meanwhile, another widely followed economic report released on Tuesday showed that home price growth slowed for a second straight month in May, largely due to higher mortgage rates and inflationary pressures.

According to the S&P CoreLogic Case-Shiller National Home Price Index, home prices in May were 19.7 percent higher compared to the same month the year prior. In April, the annual gain was 20.6 percent.

“Despite this deceleration, growth rates are still extremely robust, with all three composites at or above the 98th percentile historically,” Craig Lazzara, managing director at S&P DJI, said in a release, per CNBC.

“We’ve noted previously that mortgage financing has become more expensive as the Federal Reserve ratchets up interest rates, a process that was ongoing as our May data were gathered. Accordingly, a more-challenging macroeconomic environment may not support extraordinary home price growth for much longer,” he continued.