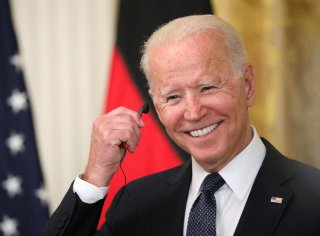 The decline in gas prices that followed the record spike earlier this year has continued for the eleventh straight week.

According to GasBuddy, the average gas price in the United States has dropped to $3.81 per gallon, a five-cent drop from the week before and the eleventh straight week of lower prices.

The average price has dropped 39.8 cents from a month ago but is nevertheless 69.1 cents higher than a year ago.

“The national average has declined for another week, extending the slide for the eleventh straight week. Gas prices are now $1.20 per gallon lower than mid-June with Americans spending $450 million less on gasoline every day as a result,” Patrick De Haan, head of petroleum analysis at GasBuddy, said in the release.

“Some issues have developed that we’re keeping a close eye on, including the shut down of the largest refinery in the Midwest. While that refinery may get back online sooner rather than later, it’s not impossible that down the road the situation could impact prices in the region. For the rest of the country, however, we’ll continue to see prices moderate. This is of course subject to hurricane season, and it does appear that the tropics are starting to see some activity, so there’s no guarantee the decline will continue.”

The report added that, for the second straight week, $3.59 per gallon is the most commonly encountered price. Arkansas is once again the state with the lowest average price, at $3.32 a gallon, followed by Mississippi at $3.34 and Texas at $3.34. Hawaii and California, however, remain over $5 a gallon on average.

The other weekly report, from AAA, had prices down to $3.90, a five-cent drop from the week before.

“Drivers are now benefiting from gas prices that are $1.11 less than their peak in mid-June,” Andrew Gross, AAA spokesperson, said in the release. “But now we need to keep an eye on the weather as hurricane season arrives. These storms can affect prices by disrupting oil production in the Gulf of Mexico and impacting large coastal refineries.”

The price drops have also had political implications.

Politico reported this week that Team Biden’s “dour mood” has improved, thanks to the change in gas prices.

“Inflation may finally have peaked. Gas prices have fallen for more than two months. The job market remains hot and unemployment is near historic lows. Issues other than epic price spikes and President Joe Biden’s dismal poll numbers now regularly dominate headlines,” the analysis said while cautioning that the trends may not necessarily continue indefinitely.