Could This Bill Cut Taxes and Shore Up Social Security? 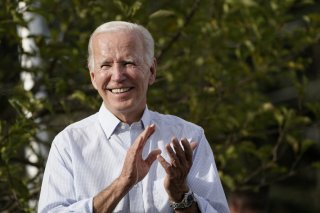 The latest comes from Rep. Angie Craig (D-MN), who has proposed to eliminate taxes on Social Security benefits through legislation called the You Earned It, You Keep It Act.

The change would be paid for by “raising the cap for individuals earning more than $250,000 annually and asking them to continue paying into Social Security each year.”

Current benefit levels would not be affected.

“Social Security is a promise we have made to the American people – if you work hard and play by the rules, the dignity of a secure retirement will be within your reach. But taxing the very benefits American workers have earned after decades on the job diminishes our promise and threatens to undermine the financial security of retirees already struggling with rising prices,” said Representative Craig. “Eliminating this tax will help Social Security benefits go further and ensure that American retirees have all the resources they need after a lifetime of hard work.”

Does the legislation have any chance to pass? None of the Social Security reform proposals introduced in the current Congress have gotten much traction, nor the specific endorsement of the White House or Congressional leadership.

President Joe Biden did, on the occasion of Social Security’s “birthday” back in mid-August, issue a statement slamming Republicans for various proposals to change how Social Security works, which included references to Democrats’ efforts in Congress to expand the program.

“Look, if you know me, you know I think rebuilding the middle class is the moral obligation of our time,” Biden said in that video message. “Social Security allows for our seniors to retire with dignity, and me and my Democratic friends on the hill are trying to protect it and expand it.”

“Republicans on the hill—they want to put it on the chopping block,” the president said of Social Security, referencing Sen. Rick Scott (R-FL)’s proposal to make all federal legislation sunset after five years.

“Let me ask you have you ever seen the Republicans on Capitol Hill do anything to protect or increase or to benefit Social Security?” Biden added.