Could Social Security Run Out? Some Americans Are Worried. 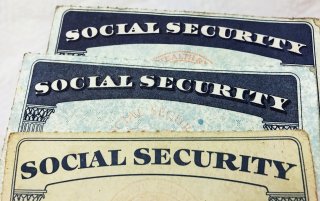 The National Retirement Institute has released the results of a survey showing Americans' knowledge and thoughts on social security entitlement.

The survey, which was conducted by the Harris Poll in April and May and released last month, the survey measured 1,931 U.S. adults aged twenty-five or older.

A Question of Knowledge

The survey, when asking people about their knowledge of social security, found that 43 percent considered themselves either “confident” or “very confident” in their knowledge, a number that rose to 89 percent once “at least somewhat confident” was included.

Once those in the survey were asked about specifics, their knowledge differed.

“Those who currently receive SS are more likely than those who don’t to correctly answer some, but not all, of these statements — especially some of those in the moderate and lowest knowledge topic tiers,” the survey said.

Only 16 percent of adults polled correctly guessed their retirement age based on when they were born. Meanwhile, a little more than half of those surveyed knew what percentage of their income would be replaced in retirement by social security.

The Future of the Program

Furthermore, those surveyed had not a great deal of confidence in the future of social security or that their benefits would be waiting for them by the time they reached the age of eligibility.

While 71 percent total of those surveyed either answered “strongly agree” or “somewhat agree” to the question “I worry about the Social Security program running out of funding in my lifetime”—a number that rose to 83 percent for Gen Xers, and 77 percent for Millennials.

As for the question of whether they agree with the statement that “I will not get a dime of the Social Security benefits I have earned,” 25 percent agreed in total. That number jumped to 47 precent for millennials.

Additionally, those surveyed were also asked what measures should be taken to improve social security, with big majorities saying that they support several measures. “Ensuring SS COLAs are enough to, at minimum,” “keep up with inflation Reinstating SS taxes on people earning more than $400k per year,” and    “providing a SS credit to unpaid caregivers” all had support from more than 70 percent of those surveyed.

The Biden administration has announced plans to inject $14.2 billion into the Social Security Administration this fiscal year.