Could the U.S. Make Its Own Belt and Road Initiative? 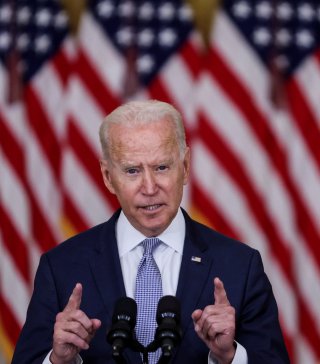 The Biden administration has reportedly considered initiating a U.S. investment program in developing nations—tentatively titled “Build Back Better for the World”—as a response to the Belt and Road Initiative (BRI) conducted by China, which seeks to bolster Beijing’s commercial and economic influence in the developing world.

Daleep Singh, U.S. Deputy National Security Adviser for International Economics, is slated to visit Colombia, Ecuador, and Panama next week, to view possible projects for the plan’s investment. On his trip, he will visit the projects in question and discuss their needs with political and business leaders, as well as local activists.

Among others, Singh plans to meet President Ivan Duque Marquez of Colombia, President Guillermo Lasso of Ecuador, and Minister of Public Works Rafael Sabonge of Panama. He will also be accompanied by David Marchick, COO at the U.S. International Development Finance Corporation.

Projects the White House has expressed interest in are not limited to Latin America; they include solar plants in India, water treatment plants in El Salvador, pharmaceutical labs in South Africa, modern telecommunications infrastructure in Africa, and women-owned businesses in Brazil, according to Al Jazeera.

The White House has attached a series of conditions to the projects it will fund. It has pushed for high labor and environmental standards—an area in which the BRI has experienced shortcomings—and has insisted on full financial transparency, a step taken to ensure that U.S. funding is used for its intended purposes. It intends to spend the rest of the year gathering information and consulting with local leaders, before selecting flagship projects in early 2022.

The urgency of such a program has been underscored by the success of the BRI, which has grown from a series of disparate projects to a network of trade links and access to materials throughout the developing world. China has benefited substantially from the program and has turned it into a centerpiece of its foreign policy. Its success is one of the major drivers for the United States to pursue a competing program.

Certainly, there is abundant opportunity for the White House to pursue infrastructure projects if it chooses. In the developing world, infrastructure needs alone would cost $40 trillion through 2035, far beyond either America's or China’s ability to provide. As China’s experience shows, infrastructure investment can be an excellent way to build international goodwill for the United States, which the Biden administration has emphasized in the past.