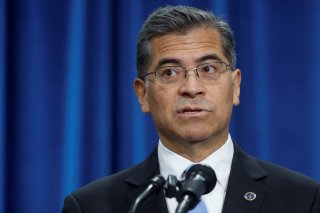 The Covid-19 pandemic’s public health emergency (PHE) status, which allows millions of Americans to still receive free tests, vaccines, and treatments, will remain in place past January 11 after the federal government did not notify states or healthcare providers of any intent to lift the declaration, Reuters reported.

Health and Human Services (HHS) Secretary Xavier Becerra had promised to give states sixty days’ notice before letting the emergency expire, which would have been last Friday. HHS last extended the public health emergency in October.

According to one Biden administration official, the possibility of a winter Covid surge and the need for more time to transition out of the public health emergency to a private market were the chief reasons behind the decision not to end the emergency status.

“We may be in the middle of [a surge] in January,” he said. “That is not the moment you want to pull down the public health emergency.”

Dr. Jen Kates, senior vice president at the Kaiser Family Foundation, noted that the “biggest motivation from a policy perspective is ensuring a smooth transition to the commercial market and the challenge of unraveling the multiple protections that have been put in place.”

“Extending the PHE provides more time to manage that,” she continued.

As of November 9, per Centers for Disease Control and Prevention (CDC) data, daily Covid cases in the United States are hovering at around 41,300, with 335 people dying each day. However, cases are projected to rise to nearly 70,000 by February, driven by students returning to school and cold weather-related indoor gatherings, according to an analysis conducted by the University of Washington’s Institute for Health Metrics and Evaluation.

Meanwhile, adding to concerns is the fact that the 2022 flu season appears to be off to a vicious start, according to an Axios report.

CDC tracking has revealed that at least twenty-five states or territories recently have had “very high” or “high” rates of influenza activity, with preliminary estimates indicating that there have been between 2.8 million and 6.6 million flu illnesses from October 1 through November 5. During that same time period, CDC data shows that there have been 1,300 to 3,600 deaths from the flu and between 23,000 and 48,000 hospitalizations.

Flu activity in the United States has only ramped up within the past month, as less than three weeks ago, no states were in the “very high” category.