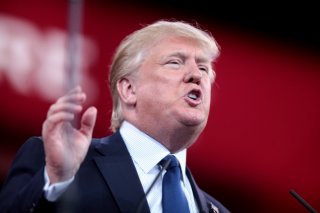 Arthur Schlesinger Jr. believed that American history oscillated between conservative and liberal periods. Another way to see it is as a narrative with a lasting conservative bent—with short liberal interludes. The fact that President Biden’s successful first hundred days have resulted so far only in an approval rating of about 53 percent, the likelihood that he will lose control of Congress in 2022, and the prospect of the election of a “competent Trump” in 2024, supports the second view of American history. The main reason for concern is that the Biden administration is viewing the Reagan Democrats, the working-class Whites who vote Republican, who need to be returned to the fold, as homo economicus—offering them jobs, raises, and a whole slew of benefits—while they are people with strong so-called cultural concerns that also need to be addressed.

Millions of Americans who still support Trump see themselves as a persecuted White minority. They hear from right-wing news outlets that demographic trends dictate that the United States is on its way to becoming a majority/minority county. These people believe that they have worked hard all their lives only so that immigrants and members of minority groups can cut ahead of them in the various lines for admission into colleges, good jobs, government assistance, and more. These people believe that their traditional values are being assaulted by cultural changes, such as men seeking to identify as women competing with girls on the sports field. Also, college-educated individuals typically snub them by referring to them as rednecks and “deplorables.” Their feelings, which have been egged on by racial whistles and conspiracy theories, cannot be changed by the provision of jobs, health insurance, and child care alone—even though these are all good programs.

Some people may argue that as President Joe Biden successfully oversees the rollout of vaccines to the coronavirus across America and as his efforts to restore the economy become more evident, support for him will broaden. Unfortunately, unless these feelings of resentment are addressed, that support will be quite limited. The United States is undergoing a series of social changes that are inflicting pain on major groups. It would be wrong and unwise to ignore it. The values and feelings of those who must learn to live with these changes must be addressed.

One place to start might be to stop the rhetoric of minority triumphalism, which implies that because people of color are soon to become the majority, they can rule and ignore the Whites, who have long lorded over them, exercising their privileges. Statistically, this view is empirically mistaken. Instead, the main theme should be that forming a more perfect union entails forging a fair society, one in which everyone is treated with full respect and dignity, and receives their dues. This of course means that those who suffered disproportional deprivations in the past now need additional help—but the goal is to make all whole.

The argument for increasing diversity in colleges and public office, to make them reflect the nation as it is, is a strong one. However, it needs to be extended to include not just racial and ethnic minorities or people of different sexual orientations, but also people from parts of the country in which there are large aggregations of rural and working-class Whites.

Some liberal advocates come across as if they favor open borders, accepting however many refugees can prove some kind of insecurity in their country of origin. This leaves many Americans with a sense of loss of control. The Biden administration needs an immigration policy that includes a high number of legal immigrants, as long as it also entails gaining control of the border.

Biden’s proposals to provide assistance for child care needs to be properly understood as pro-family, because these proposals provide tax credits for parents. This means that parents are free to use these funds to make it easier for one of them to work at home while the children are young, instead of having to put the children into child care centers, which is not the preferred option by parents with infants.

Biden’s economy-focused agenda has a strong moral message: to correct for the injustices inflicted upon minorities. However, in order to sustain his drive, his administration will have to find ways to address the very large number of Americans who see themselves as a persecuted minority.