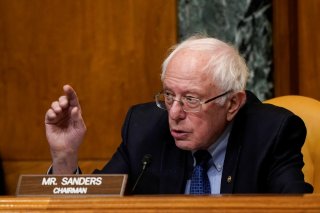 Edward J. Markey (D-Mass.), Elizabeth Warren (D-Mass.), and Bernie Sanders (I-Vt.) wrote a letter to Commerce Secretary Gina Raimondo, asking the Commerce Department to “develop a comprehensive plan that will protect consumers and the environment by addressing the lack of a common charger among mobile devices.”

The letter came after the European Union (EU) mandated that, starting in the fall of 2024, all smartphones sold in the territory would have to feature a universal USB-C port for wireless charging.

“We commend the Department of Commerce for the steps it has already taken to address these issues, and we urge you to follow the EU’s lead by developing a comprehensive strategy to address unnecessary consumer costs, mitigate e-waste, and restore sanity and certainty to the process of purchasing new electronics,” the three senators wrote to Commerce Secretary Raimondo.

“The EU has wisely acted in the public interest by taking on powerful technology companies over this consumer and environmental issue,” Warren, Sanders, and Markey wrote.

“The United States should do the same. We urge you to coordinate with offices and agencies across the Department of Commerce to develop a comprehensive plan to protect both consumers and the environment by addressing the lack of a common U.S. charging standard.”

Elizabeth Warren sent a tweet on Thursday reiterating the call.

“Consumers shouldn’t have to keep buying new chargers all the time for different devices. We can clear things up with uniform standards—for less expense, less hassle, and less waste,” she said.

The tweet drew some opposition, mainly from those opposed to that type of government regulation.

“It’s in the Constitution,” former congressman Justin Amash tweeted in reaction to Warren. “The Congress shall have Power to establish a uniform Rule on the subject of mobile device Chargers.”

Others noted that because the EU has already mandated that regulation, phone manufacturers will likely make the change regardless of what the United States does.

Before her career in the Senate and her presidential campaign in 2020, Warren had worked in consumer advocacy. The Consumer Financial Protection Bureau (CFPB), which was created by the 2010 Dodd-Frank Act, was originally her proposal.

“We commend the administration’s recent pardons and commutations of 78 people, including nine with non-violent cannabis-related offenses,” the letter said.  “However, much more has to be done to address the racist and harmful legacy of cannabis policies on Black and Brown communities.”