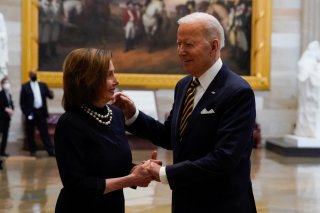 One fully refundable credit that many Americans might not be aware of is the Child and Dependent Care Tax Credit (CDCTC), which could potentially give households with two or more children a whopping $8,000. For one child, the credit can provide $4,000.

But to the frustration of many Democratic lawmakers, this particular tax break hasn’t gotten nearly the same attention that the enhanced child tax credit received last year.

According to Brian Faler at Politico, “that has prompted more than a little finger pointing, with some Democrats complaining the White House has not done enough to publicize the break.”

In a recent letter to the Biden administration, a group of Democratic senators claimed that “the Treasury Department and White House seem to have made no meaningful effort to raise awareness about the $4,000 per child CDCTC.”

“As families live under the burden of rising prices, they need to know about the solutions that their government is providing them. In this case, we have already passed a credit to alleviate one of the largest burdens families face—child care. Families just need to be equipped to take advantage of it. Together, we can ensure Americans get all the tax credits for which they are newly eligible for this tax season—those which they deserve,” they continued.

For one, the CDCTC has often been confused with the headline-grabbing child tax credit, which provided eligible families as much as $3,600 for a child under the age of six and up to $3,000 for children between ages six and seventeen.

“Democrats briefly considered renaming it, to avoid confusion with the child credit. It has a few nicknames—some lawmakers refer to it as the child care tax credit; among tax preparers, it’s sometimes called the babysitter credit,” Faler noted.

For many, it’s not necessarily surprising that the enhanced credits have garnered more attention among parents. “For one thing, it benefits many more people,” Faler explained. “And, unlike the dependent care provision, they didn’t have to wait until tax time to begin taking it after last year’s expansion.”

How to Land the CDCTC

When filing federal tax returns this year, parents should make sure to have on hand all receipts, forms, or documents outlining how much was spent directly on child care—which could include daycare and camp services and related transportation costs to and from there. They will also need to complete Form 2441 and attach it to their tax return before sending it off.

“You must identify all persons or organizations that provided care for your child, dependent, or spouse,” the Internal Revenue Service explained on its website. “To identify the care provider, you must give the provider’s name, address, and taxpayer identification number (TIN).”