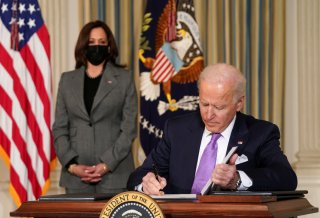 The Department of Education announced that it has suspended the seizure of certain assets, including tax refunds and Social Security checks for the purpose of paying overdue student loans, through the Treasury Offset Program. The suspension is in effect until November, according to CNBC.

While the existing federal pause on student loan collections is in place until May 1 of this year, the Department of Education announcement extends the pause an additional five months. It also applies to the child tax credit and other payments changed by the American Rescue Plan Act.

The move keeps those benefits untouched from student loan collection until long after this year’s tax filing season.

“This policy means you won’t lose money from certain government payments, such as the child tax credit, Social Security payments, and tax refunds for the 2022 tax season,” the agency’s website says, as reported by CNBC.

Last week, the Department of Education made a similar announcement regarding the child tax credit.

The Treasury Offset Program collected nearly $4.9 billion in 2019, according to CNBC.

“We applaud Secretary Cardona for committing to make sure that families struggling with federal student loan debt do not have their CTC payments in tax refunds seized as a result,” the National Consumer Law Center (NCLC) said in response to the decision. "This commitment means that millions of student loan borrowers with children will receive the financial support they need to make ends meet this year.”

“Withholding CTC payments from families that are unable to afford student loan payments and other government debts hurts families that are already in financial distress and deprives children of critical funds meant to go toward safe housing, food, and other basic necessities,” the NCLC added. “We completely agree with Secretary Cardona that a parent’s student loan status shouldn’t stand in the way of receiving these critical funds.”

Education in the Time of Biden

Last month, on the first anniversary of Biden’s inauguration, the Department of Education released a fact sheet of its accomplishments in the administration’s first year. This included the reopening of most schools in the country, as well as the distribution of “funding, guidance, and technical assistance” to states, school districts, and schools themselves.

“The Biden-Harris Administration made available $10 billion in American Rescue Plan funds specifically for states and districts to implement testing programs starting in March 2021,” the fact sheet said. “Earlier this month, the Administration also announced it is increasing the number of COVID-19 tests available for schools by 10 million per month to help schools safely remain open and implement screening testing and test-to-stay programs.”