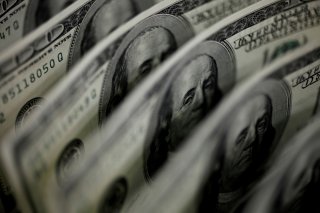 The story made headlines around the world on Wednesday: Soccer superstar Cristiano Ronaldo of Portugal, while sitting at a press conference at the Euro 2020 tournament, moved two Coca-Cola bottles out of his sight and asked for water instead. This happened despite Coca-Cola being a sponsor of the Euro tournament.

As a result of Ronaldo’s very public drink choice, per ESPN, Coca-Cola’s stock dropped 1.6 percent to $55.22, therefore losing around $4 billion off its market value.

Publications around the world interpreted Ronaldo’s decision as having “cost” Coca-Cola billions of dollars. And while that’s technically true, it’s a somewhat simplistic way of thinking about company valuations.

The stocks of publicly traded companies go up and down every single day, sometimes by a percentage point or two, and they do so for all sorts of reasons. Often, they go back in the other direction not long after.

So yes, Coca-Cola’s stock had dropped to $54.72 by the closing of the markets on Wednesday. But the stock had been valued as low as $53.83 last month and was down in the $40s as recently as late February. Overall, the company’s stock has risen by about $2 so far this year.

There’s little reason to think that Ronaldo’s snubbing of the Coke bottles will have long term, fundamental effects on Coke’s business, and it’s almost certain that the next time the company’s stock makes a big move, it will have nothing to do with anything Cristiano Ronaldo did.

The drink choice by Ronaldo took place shortly before Paul Pogba, a practicing Muslim who plays for France, removed a Heineken beer that had been placed in front of him at a post-match news conference. Per The Daily Mail, the markets had closed in Amsterdam at the time Pogba moved the bottle.

This type of analysis is often used by those with an ax to grind against a particular company, such as when Twitter banned former President Trump in January and the company’s stock dipped the following day. Yes, Twitter lost billions in value… for a single morning, but made back most of those losses that very afternoon. And while Twitter’s stock was trading at $45.18 on January 15, it’s closed at over $60 on Tuesday.

In other words, Coca-Cola’s stock made a relatively small move, one exceedingly likely to be temporary, and while it “lost” $4 billion, it almost certainly didn’t lose it for good.