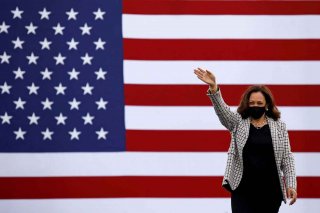 The overwhelming pace of today’s news cycle and the proliferation of online information sources has created a fog that increases society’s susceptibility to confuse fact with fiction. Disinformation spreads rapidly, and malign actors have become more creative at manipulating the psychological vulnerabilities in human information consumption, playing on emotions and biases and targeting societal divides to shape the perceptions and behaviors of their targets. While the United States and its allies have initiated counter-disinformation efforts in recent years, they have overlooked the weaponization of disinformation against women and minorities and the risks for democracies where these communities play more active public roles. Ignoring this issue any longer has dangerous consequences for societal equality.

Gendered disinformation is the “dissemination of false or misleading information attacking women (especially political leaders, journalists, and public figures), basing the attack on their identity as women.” Playing to gender biases, including gender stereotyping, misogyny, and sexualized narratives, our adversaries weaponize disinformation to undermine women online, subvert the credibility of female leadership, and silence women in public life.

Women leaders are often interrogated in the media in ways their male counterparts are not. After the 2020 U.S. electoral primaries, artificial intelligence (AI) programs found this to be true on Twitter, revealing women were more likely than men to be questioned on their identity and character. Not only is information weaponized, but it is sexualized, generating misleading sex-based narratives against women.

Russian media outlets commonly use sexual slander as a tactic to discredit women attacking the Kremlin. Finnish journalist Jessikka Aro came under attack in 2019 after exposing pro-Kremlin trolls, who in turn falsely accused her of prostitution. Tragically, some readers believed these lies and even sent Aro threats. Sexualized disinformation is especially pernicious and can be used to intimidate and dissuade women in high-profile positions from speaking out against malicious actors. Such disinformation has effectively kept some women out of governance. In 2018, a female candidate for the Iraqi Parliament dropped her campaign after being targeted with a fabricated sex tape.

This disparate targeting of women in information warfare poses a distinct concern in democracies, where women are more visible and hold more leadership positions. Russia and China, among others, use disinformation as a primary tool to propagate potentially harmful narratives within and about the United States and its allies and partners. These adversaries seek to distill doubt in Western democracy, amplify social divisions, and hinder freedom of speech. Specifically, by portraying gender equality as a threat, Russia leverages gendered disinformation to provoke extreme anti-feminist reactions harmful to female leaders and gender-based policies. Overall, gendered disinformation plays to existing societal biases to generate chaos, targeting women with tactics not otherwise applied to men. These tactics can effectively influence public opinion and undermine female leadership. Given women’s voices in a democracy are key to good governance, tactics to undermine them must be addressed.

The assumption that terrorists are male initially made CVE a male-dominated problem set, when in fact understanding the unique role of—and impact on—women eventually enhanced responses. For example, applying a gender lens brings to light that terrorist recruitment messages apply gendered narratives of Western disrespect for women; understanding these practices that single out female targets has been key to derailing such radicalization efforts. In current debates about disinformation, gendered understandings are largely overlooked, preventing a holistic response. Prominent U.S. government reports on information operations and Russian disinformation—as well as strategies released by NATO and the European Union—lack any mention of gendered disinformation and have led to a deficit of analysis, resources, and intentional counter-measures.

The United States and its transatlantic partners should immediately develop a specific toolkit to deter gendered disinformation, including naming and shaming systems, cracking down on typosquatting and out-of-context slogans, and providing female targets with a platform to debunk harmful disinformation once it occurs. Second, intelligence analyses should include specific assessments of targeted and gendered disinformation. Disaggregating gender and other key characteristics when investigating disinformation tactics will create a nuanced understanding of the perpetrators, participation patterns, and societal impact. Potentially overlooked signals can be identified before an adversary successfully zeroes in on their target. Finally, women must be integrated into the frontlines of this response. Gender diversity leads to cognitive diversity, which, in turn, leads to a better understanding of the adversary. President Joe Biden made a first step to increasing female perspectives in U.S. counter-information operations by appointing Avril Haines as the first female Director of National Intelligence. Empowering female analysts to identify gendered disinformation will improve threat assessments.

Until countries grapple with gendered disinformation as a noteworthy problem, counter-disinformation strategies will remain ineffective in this key, yet often overlooked, area. The United States and its allies must act urgently or risk jeopardizing the future of female leadership in democracy.

Clementine G. Starling is a Resident Fellow and Deputy Director of Forward Defense at the Atlantic Council.

Julia Siegel is a Young Global Professional with Forward Defense at the Atlantic Council’s Scowcroft Center for Strategy and Security.

Kamala Harris: 'Donald Trump Is the Greatest Threat to the National Security of Our Nation'