Does the U.S. Have a Demographics Problem? 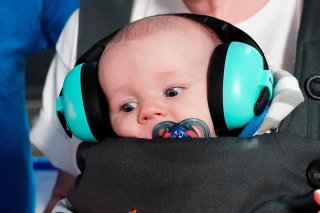 The number of babies born in the U.S. dropped for the sixth straight year in 2020, an early indicator that has demographers worried about the future of the country’s population, as the figure reached its lowest point since 1979.

Just over 3.6 million babies were born in the U.S. last year, according to new data from the Centers for Disease Control and Prevention’s National Center for Health Statistics. That’s a four percent decrease from 2019 and double the average annual rate of decline since 2014.

The general fertility rate among women between the ages of 15 and 44 fell to 55.8 births per 1,000 women, reaching another record low. The U.S. birth rate has inched so low that the country is “below replacement”—meaning that there are more deaths each day than births, the CDC reported.

The number of births declined across all racial groups, including four percent for both white and Black women, three percent for Hispanic women, six percent for American Indian and Alaska Native women and eight percent for Asian American women.

Almost all age groups saw drops in the birthrate as well, with the largest decrease among women between the ages of 15 and 19, where the figure fell by eight percent, or 15.3 births per 1,000 females.

Deaths also exceeded the number of births in every state in New England and in most Rust Belt states, according to The Hill.

The findings add to the speculation over the country’s stunted population growth amid a seething global crisis that’s already killed more than 575,000 Americans.

“The birthrate is the lowest it’s ever been,” Kenneth Johnson, a demographer at the University of New Hampshire, said. “At some point the question is going to be: The women who delayed having babies, are they ever going to have them? If they don’t, that’s a permanent notch in the American births structure.”

Demographers originally predicted a slight recovery in the birthrate at the onset of the coronavirus pandemic, as “couples hunkered down together,” isolated and in lockdown. But instead, it had the opposite effect, which is likely to be a key contributor to a slowing population growth in the U.S. for 2020.

Experts have also said that the deadly virus may have discouraged women and families from having children, for fear of exposure to the disease in a hospital setting, considering Covid-19 patients once flooded hospitals and care centers across the U.S. during its peak.

That combined with the immigration system that has admitted fewer people than expected, are likely to impact the country’s overall population.