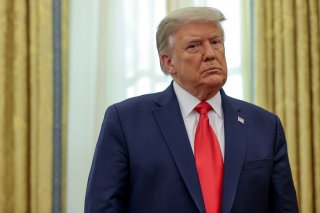 The presidential election of 1912 reflected a time of party division and booming progressivism in partisan politics, as former President Theodore Roosevelt led a robust movement of Republicans who opposed reflexive conservatism.

Roosevelt, who served as president of the United States from 1901 to 1909, dove into a vigorous presidential campaign for the Progressive Party, or Bull Moose Party, advocating against President William Howard Taft and his leadership.

Taft’s presidency triggered Republican party division, prompting Roosevelt to form the Bull Moose Party, a political faction within the Republican party, and made Roosevelt become a prominent third-party candidate on the presidential ballot. Although a Democrat ultimately won the election that year, it was one of the only cases where a top competitor didn’t represent a major political party, as Roosevelt received nearly 30 percent of the popular vote—more than Taft got.

With speculation rife about President Donald Trump running for a non-consecutive term in 2024, experts have suggested that he might decide to form his own third-party based on “Trumpism,” similar to what Roosevelt did in the 1912 election.

How the Bull Moose Party Started

When Roosevelt initiated his third election bid, he originally pleaded for the Republican party figurehead, a spot that he narrowly lost to Taft at the 1912 Republican National Convention.

Roosevelt helped Taft cruise to victory in the 1908 presidential election, likely because he promised to echo the former president’s ideology and platform during his term in the White House. While Taft appeared to be a strong candidate for the Republican Party, he took several partisan blows including the Payne-Aldrich Tariff Act debate and the Ballinger-Pinchot controversy—two noteworthy events that likely swamped his reputation and trust within the party he represented.

The turmoil boiled friction between Roosevelt and Taft, and the former president decided to seek a third term since he viewed his impending opponent as an ultra-conservative.

The 1912 Republican National Convention, however, provided defeat for Roosevelt—likely because of his evolving progressive policies towards the end of his term—and Taft was formally renominated to lead the Republicans and grapple another White House win.

But due to a pivoting platform of progressive ideology that sprouted amid Taft’s growing dissatisfaction among voters, the Progressive Party formed, and reformer Sen. Robert M. La Follette of Wisconsin originally ran to lead the robust group of Republicans. Roosevelt’s widespread support from voters and lawmakers, however, allowed him to gain the nomination as the party’s presidential candidate, along with the help of his running mate, former California Gov. Hiram W. Johnson.

Similar to Roosevelt’s actions in 1912 challenging partisan tradition, Trump has formed his own group within the Republican party that follows “Trumpism” ideology, chiming anti-immigration, anti-free trade, populism and America First economics. The president has also practiced big-spending—despite the party being more fiscally conservative—in the coronavirus relief package and in building the wall at the US-Mexico border.

The Bull Moosers coined its nickname from Roosevelt’s vibrant energy while on the campaign trail, often dubbing himself as a strong and able candidate, referring to his physical fitness and interest in running and traveling.

At one point during his campaign, Roosevelt was reportedly shot en route to give a speech, but “he went ahead with his address” anyway, yelling to the crowds of supporters that “it takes more than that to kill a Bull Moose.”

Bull Moosers, after experiencing an energetic presidential campaign, called for the revision of the political nominating machinery, a progressive program of social legislation and active federal oversight of the economy. Ultimately, Bull Moosers and Roosevelt wanted to return the power to the people and nix any corruption hiding in the federal government.

The platform backed “the direct election of U.S. senators, woman suffrage, reduction of the tariff and many social platforms,” and also supported ideology from Roosevelt’s “Square Deal,” a society with the foundation of fair business competition and practices, as well as boosted welfare for struggling Americans.

The party remained divided, however, on issues relating to foreign policy and large corporations.

Outcome of the 1912 Presidential Election

Although the Bull Moose Party didn’t take over the White House, Roosevelt ranked just behind the winner, Democratic Gov. Woodrow Wilson from New Jersey, who carried more than 40 percent of the popular vote.

With the Republican party split because of Roosevelt’s progressive faction, Taft only garnered roughly 23 percent of the popular vote.

But by 1920, the Bull Moose Party dissipated and hasn’t experienced widespread success since. As Trump attempts to reverse the 2020 election results through a legal cascade of claims of voter fraud that have been swatted down by the courts, it’s an open question whether he will run again. But there is no new Bull Moose movement in sight.