Double the Fun: Here’s How Much a Married Couple Will Receive from Social Security 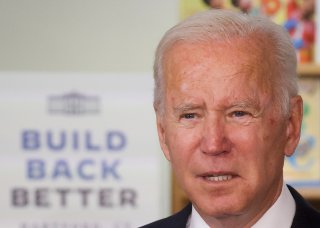 There’s no question that millions of struggling retirees breathed a sigh of relief when the Social Security Administration (SSA) recently confirmed that there will be a 5.9 percent cost of living adjustment (COLA)—the largest seen in nearly four decades—for next year.

“This would be the highest COLA that most beneficiaries living today have ever seen,” Mary Johnson, the Social Security and Medicare policy analyst for the Senior Citizens League, noted in a statement.

But for married couples out there currently receiving the benefits, they can expect to get their hands on even higher payouts. According to the most recent SSA data, the average benefit for a couple is slated to be $2,753 in 2022—which is an increase from $2,559 from this year. This means that a typical retired couple will have an annual income of $33,036 via their Social Security benefits.

However, according to the financial site The Motley Fool, “the fact that this amount is so low for a couple might come as a surprise, especially since the average benefit for all individual retirees is $1,657 next year. But often, one person in a relationship makes more than the other or claims retirement benefits at an earlier age. The lower earner or early claimer might get less than the overall average among all retirees.”

“Unfortunately, the annual income a couple receives from Social Security is low enough that it would be difficult for two people to live on,” according to The Motley Fool. “That’s especially true given that the Bureau of Labor Statistics reports average annual consumer expenditures among households sixty-five and older were $47,579 in 2020.”

There are ways to increase those Social Security payouts and make retirement a bit more comfortable. One of the smartest steps to take—often cited by financial experts—is to wait as long as possible before claiming the benefits.

“Workers planning for their retirement should be aware that retirement benefits depend on age at retirement,” according to the SSA’s website. “If a worker begins receiving benefits before his/her normal (or full) retirement age, the worker will receive a reduced benefit. A worker can choose to retire as early as age sixty-two, but doing so may result in a reduction of as much as 30 percent.”

“Starting to receive benefits after normal retirement age may result in larger benefits,” according to the website. “With delayed retirement credits, a person can receive his or her largest benefit by retiring at age seventy.”

The Motley Fool contended that “in some cases, the ideal is for both spouses to wait until age seventy to file for benefits. This is a good strategy when both spouses qualify for Social Security on their own work records and have similar incomes. They can each maximize their benefit by earning the maximum delayed retirement credits, thus earning the largest combined household income from Social Security.”