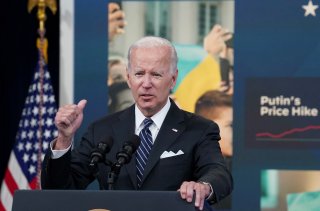 A new survey conducted by the Nationwide Retirement Institute indicates that 42 percent of Americans plan on filing for their Social Security benefits early while continuing to work, according to a CNBC report.

That figure is up from last year, when only 36 percent of respondents said the same.

The poll further revealed that among baby boomers, who are not currently receiving Social Security benefits, roughly a quarter said that they plan to file for the monthly benefits early while continuing to work. Meanwhile, nearly 40 percent of baby boomers plan to start collecting before their full retirement age, which is generally age sixty-six or sixty-seven.

Ongoing concerns about the state of the economy are one reason why more Americans might want to claim early.

“Inflation at forty-year highs and certainly watching their investments fluctuate is creating a significant amount of pessimism and concern and fear that they are never going to see a dime of what they have put into Social Security,” Tina Ambrozy, senior vice president of strategic customer solutions at Nationwide, told CNBC.

“If a worker begins receiving benefits before his/her normal (or full) retirement age, the worker will receive a reduced benefit. A worker can choose to retire as early as age sixty-two, but doing so may result in a reduction of as much as 30 percent. Starting to receive benefits after normal retirement age may result in larger benefits. With delayed retirement credits, a person can receive his or her largest benefit by retiring at age seventy,” it continues.

The AARP has noted that “your monthly payment will be 76 percent higher if you wait to start benefits at seventy rather than sixty-two.”

Meanwhile, millions of seniors are in line for a hefty bump to their monthly Social Security checks. CNN has reported that Social Security recipients are currently on track for a 10.5 percent cost-of-living-adjustment (COLA) for next year, according to the Senior Citizens League. Such an adjustment would amount to a $175.10 increase to the average monthly retirement benefit of $1,668.

“Inflation has been so high and so much higher than the 5.9 percent COLA that people got [earlier this year], they have experienced a shortfall in their benefits,” Mary Johnson, Social Security and Medicare policy analyst at the Senior Citizens League, told CNN. “If people do not have adequate retirement savings or cash savings that they can easily get to, people are putting more on consumer credit cards,” she continued.