Emergency Savings Take a Big Hit Due to Inflation 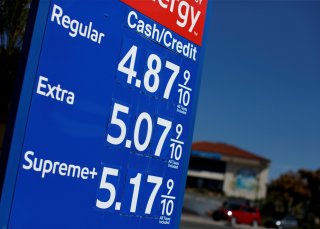 Another fallout from inflation can be added to the list: emergency savings.

As reported by CNBC, roughly a third of U.S. adults are contributing less to their emergency funds in order to cover their everyday living expenses, according to new research findings from New York Life Insurance. The data indicates that the average reduction in monthly contributions is $243, with millennials enduring the most significant cut at $289.

“While it is concerning that the increased costs of everyday goods and regular expenses may deflate a necessary financial cushion, this environment means households are making calculated decisions about how to adjust their financial strategy in the way that makes the most sense for them,” Dylan Huang, head of retirement and wealth management solutions for New York Life, told the business news outlet.

Still, 72 percent of respondents are confident that they will retire at their desired age.

“Among those not yet retired, we’re seeing this group making necessary adjustments to their financial strategies while not allowing short-term anxiety to derail their plans for retirement,” Huang added.

Meanwhile, in a separate analysis released by Moody’s Analytics, the average American is now paying an extra $311 each month due to high inflation.

“Inflation expectations are climbing; inflation at a seasonally adjusted 8.2 percent on a year-ago basis, compared with the 2.1 percent average growth in 2018 and 2019, is costing the average household an extra $311.78 per month to purchase the same basket of goods and services as last year,” Moody’s Analytics senior director Ryan Sweet wrote.

“This is a little less than last month but still a noticeable burden on households,” he continued.

Furthermore, a recent survey of more than 5,000 adults conducted by Pew Research revealed that most Americans now view inflation as the biggest issue facing the country.

The findings revealed that seven in ten respondents say that inflation is “a very big problem” for the nation, followed by 55 percent for healthcare affordability, 54 percent for violent crime, and 51 percent for both gun violence and the federal budget deficit.

On the other hand, unemployment has receded as a major problem. The poll showed that just 23 percent of Americans rate unemployment as a very big problem, down from 41 percent a year ago and 50 percent in June 2020.