The Eye-Popping Cost of Healthcare for Retirees 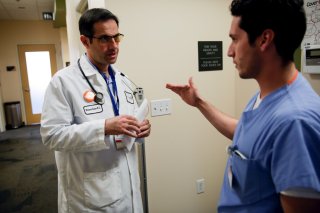 In many cases, living costs fall during retirement, but the opposite is true when it comes to healthcare.

According to CNBC, a sixty-five-year-old couple retiring this year can now expect to spend an average of $315,000 in healthcare and medical expenses over the course of their retirement years, according to estimates released by Fidelity Investments. That figure is 5 percent higher than what was estimated the year before, assuming enrollment in Medicare Parts A, B, and D.

“When we break that figure down further, we see that the average sixty-five-year-old male should expect to spend $150,000 on health care costs throughout retirement, while the average sixty-five-year-old woman should anticipate spending $165,000,” notes personal finance expert Maurie Backman at the Motley Fool. “Since women tend to live longer than men, that higher number makes sense,” she continued.

Hope Manion, senior vice president and chief health and welfare actuary at Fidelity Investments, told CNBC that seniors shouldn’t count on seeing any relief soon, as healthcare costs are expected to remain elevated for the foreseeable future. “There’s a lot of upward cost pressure in the health-care system right now, due to investments that providers need to make to get ready for the next pandemic, due to issues around labor, particularly hospital nurses,” she said.

Manion also pointed out that “people do not realize that once they get on Medicare, they’re still going to be on the hook for some number of bills,” which can include paying out of pocket for premiums, over-the-counter and prescription drugs, and some medical devices. However, there is perhaps some good news on the way for seniors who are struggling to navigate their way through an inflation rate that is well above 8 percent.

The Senior Citizens League is now forecasting that the cost-of-living adjustment (COLA) for Social Security benefits will reach a hefty 8.6 percent next year—the biggest adjustment since 1981 when recipients saw an 11.2 percent bump. Currently, the typical monthly check from Social Security is roughly $1,658, which means that recipients could expect to see an increase of more than $142 per month—or about $1,800 in total—beginning in 2023.