Factors All Retirees Must Consider Before Claiming Social Security Benefits 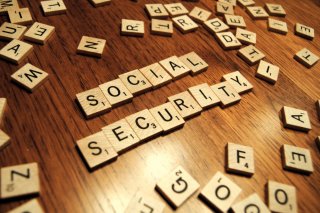 Each year, when millions of Americans get set to retire, know that there is always that one pressing question: When should one start claiming Social Security benefits?

One good rule of thumb, often touted by personal financial planners and experts, is to delay filing for as long as possible, as it could turn out to be one of the most prudent money-related decisions one can make.

However, according to the Social Security Administration (SSA), “there’s not a single ‘best age’ for everyone and, ultimately, it’s your choice. The most important thing is to make an informed decision. Base your decision about when to apply for benefits on your individual and family circumstances.”

How to Land Bigger Monthly Checks

What can’t be denied, though, is that the longer one waits to file for benefits, the bigger the monthly checks will be. The American Association of Retired Persons (AARP), a U.S.-based interest group focusing on issues affecting those over the age of fifty, has noted that “your monthly payment will be 76 percent higher if you wait to start benefits at seventy rather than sixty-two, the earliest possible age.”

“If your full retirement age is sixty-seven and you claim Social Security at sixty-two, your monthly benefit will be reduced by 30 percent—permanently. File at sixty-five and you lose 13.33 percent,” the organization continues. “If your full retirement benefit is $1,500 a month, over twenty years that 13.33 percent penalty adds up to nearly $48,000.”

The SSA confirmed those details by saying that “you can start your retirement benefit at any point from age sixty-two up until age seventy, and your benefit will be higher the longer you delay starting it. This adjustment is usually permanent: it sets the base for the benefits you’ll get for the rest of your life. You’ll get annual cost-of-living adjustments and, depending on your work history, may receive higher benefits if you continue to work.”

Retirement Could Be Longer Than Anticipated

With Americans living longer and longer these days, the SSA also advised making sure to plan for the long term.