Fear Realized: $8 a Gallon Gas at One California Station 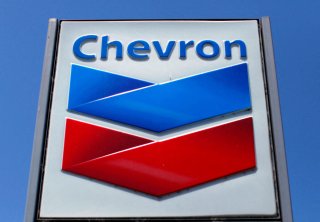 Per Fox Business, that’s exactly what is occurring at one gas station in Los Angeles, California. KTTV in Los Angeles reported that a Chevron station in downtown Los Angeles is charging customers more than $8 a gallon for regular gas causing many locals, unsurprisingly, to complain about the sky-high prices and price gouging.

In a statement to the news station, Chevron pointed out that multiple “unique” factors are contributing to high prices at the pump.

“In addition to the price of oil, other factors include the competitive conditions in the marketplace, the higher cost to produce gasoline to the specifications required by the California Air Resources Board, costs associated with fuel distribution, local, state and federal taxes, California carbon-compliance costs, recent inflationary pressures, and fixed costs of doing business that are often higher in California relative to other states (e.g., the cost of commercial real estate),” Chevron said.

Although California might be in its own league when it comes to gas prices, the rest of the country is undoubtedly feeling the pain as well. Thursday’s national average for a gallon of gas was sitting at $4.71, according to AAA data, which is 54 cents more than a month ago and $1.67 higher compared to a year ago.

Unfortunately, that pain will likely continue. According to USA Today, consumers should prepare for a “cruel summer,” with gas inventories at the lowest seasonal levels in three years and the summer driving season just heating up.

“After several weeks of soaring gas prices, last week saw prices nationally slow down ahead of Memorial Day, but I’m afraid the good news ends there,” Patrick De Haan, head of petroleum analysis at GasBuddy, said in a statement.

“As a result of the continued decline in gasoline inventories in recent weeks, wholesale gas prices surged last week, which will likely boost prices at the pump in short order. Motorists in the Great Lakes could see prices jump early in the week to new record highs, and the rest of the nation will follow. Odds are rising that we’ll eventually see the national average reach that dreaded $5 per gallon,” he continued.

An even more pessimistic tone was expressed by Natasha Kaneva, JPMorgan’s head of global commodities strategy, who is predicting that the national average for regular unleaded will hit $6.20 per gallon by Labor Day. “There is a real risk the price could reach $6-plus a gallon by August,” she said.

There are, however, some industry experts who believe that high gas prices are already causing demand destruction.

“The fact is that the EIA (Energy Information Administration) is showing that gasoline demand for March was down year-on-year and it was down for April year-on-year. And that was really the beginning of gasoline price increases,” Andy Lipow, president of Lipow Oil Associates, told Fox Business.

“Now that we're seeing lots of stations around the country over $5 a gallon, we are seeing the consumer react,” he added. But demand “hasn't gone down enough to get us and the rest of the world back in balance.”

Lipow is predicting that gas prices will reach as high as $4.75 within the next two weeks.