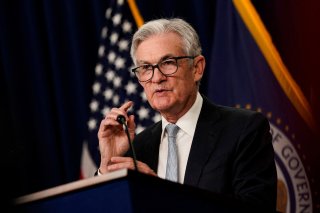 The Federal Reserve on Wednesday signed off on a fourth-straight seventy-five-basis-point interest rate hike to slow key areas of the economy and tame decades-high inflation but hinted that it might slow the pace of future rate increases, CNBC reported.

With the widely expected move, the central bank boosted its short-term borrowing rate to a target range of 3.75 percent to 4 percent, the highest level seen since January 2008. Meanwhile, futures markets are pricing in the greatest odds of a peak rate of 5 percent to 5.25 percent sometime in the first half of 2023.

“The war [in Ukraine] and related events are creating additional upward pressure on inflation and are weighing on global economic activity. The Committee is highly attentive to inflation risks. The Committee anticipates that ongoing increases in the target range will be appropriate in order to attain a stance of monetary policy that is sufficiently restrictive to return inflation to 2 percent over time,” the Federal Open Market Committee’s (FOMC) statement reads.

“In determining the pace of future increases in the target range, the Committee will take into account the cumulative tightening of monetary policy, the lags with which monetary policy affects economic activity and inflation, and economic and financial developments,” it continues.

“We still have some ways to go and incoming data since our last meeting suggests that the ultimate level of interest rates will be higher than previously expected,” he said.

“Policy needs to be more restrictive, and that narrows the path to a soft landing,” Powell added.

On Wall Street, markets had been rallying over the past month in anticipation that the Fed might finally pivot from its months-long hawkish stance.

“Initial equity optimism stopped during Chairman Powell’s conference when he indicated the terminal fund funds rate may need to go higher than they expected in September,” wrote Chris Harvey, head of equity strategy at Wells Fargo, per Barron’s.

“He followed up with the belief that over-tightening carries a smaller penalty than going too slowly. The equity market did not like this comment,” he continued.

Powell, however, reiterated the possibility that there may come a time to slow the pace of rate hikes.

“So that time is coming, and it may come as soon as the next meeting or the one after that,” he said. “No decision has been made.”

According to the CME FedWatch Tool, a fifty-basis-point increase at the FOMC’s next meeting in December is now the most likely outcome via futures-markets pricing.