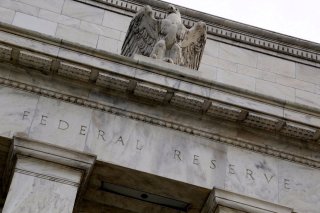 Ben Bernanke, former chair of the Federal Reserve, has made it known that he is not a fan of President Joe Biden’s apparent willingness to forgive at least a portion of federal student loan debt.

“It would be very unfair to eliminate,” Bernanke, who served in the Fed from 2006 to 2014, told the New York Times on Monday.

“Many of the people who have large amounts of student debt are professionals who are going to go on and make lots of money in their lifetime. So why would we be favoring them over somebody who didn't go to college, for example?” he continued.

It appears that Bernanke’s views on student loan relief are shared by many conservatives. A group of Republican senators recently introduced the Stop Reckless Student Loans Action Act, which would end the Biden administration’s pause on student loan payments and prohibit it from broadly canceling student loan debt going forward.

“As Americans continue to return to the workforce more than two years since the pandemic began, it is time for borrowers to resume repayment of student debt obligations,” Sen. John Thune (R-SD) said in a statement. “Taxpayers and working families should not be responsible for continuing to bear the costs associated with this suspension of repayment.”

Meanwhile, Sen. Mike Braun (R-IN) pointed out that “the majority of Americans do not have college degrees.” So, “why should they be forced to pick up the tab for college degrees in the name of pandemic relief? This transfer of wealth is not a move to ‘advance equity,’ but rather a taxpayer handout to appease far-left activists,” he concluded.

However, to counter that line of thought, Sen. Elizabeth Warren (D-MA)—one of the leading Democrats pressing for $50,000 in forgiveness per borrower—noted during a recent Senate hearing that “opponents of student loan cancellation are living in a bubble of privilege that is completely disconnected from the reality of the people who borrow money to get an education.”

She continued: “99.7 percent of borrowers did not get an Ivy League degree. Heck, 40 percent of them didn't get any degree at all. The majority of these loans are held by people with zero wealth.”

Since taking office, the Biden administration has already canceled more than $17 billion in student loan debt for about 725,000 borrowers.

According to data released by the Federal Reserve Bank of New York, student loan debt hit yet another all-time high of $1.59 trillion in the first quarter of 2022—a $14 billion increase from the fourth quarter.