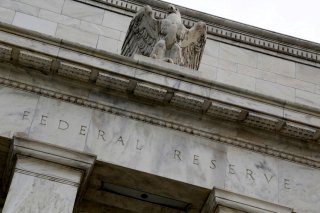 The Federal Reserve has already confirmed that it will aggressively raise interest rates in an effort to blunt the highest inflation rate in four decades.

But such a hawkish stance by the central bank is only adding fuel to the notion that those actions will eventually tip the United States into a potentially devastating recession.

He noted that while he doesn’t see a downturn this year, 2023 could be a different story.

His comments come as a recent survey conducted by the Conference Board showed that nearly 70 percent of CEOs now believe that the Fed’s actions to tame inflation will bring about a recession.

“CEO confidence weakened further in the second quarter, as executives contended with rising prices and supply chain challenges, which the war in Ukraine and renewed COVID restrictions in China exacerbated,” Dana Peterson, the Conference Board's chief economist, stated in a release.

“Expectations for future conditions were also bleak, with 60 percent of executives anticipating the economy will worsen over the next six months—a marked rise from the 23 percent who held that view last quarter,” she added.

Fox Business reported that “while a majority of executives believe the downturn will be relatively mild, 11 percent are worried that aggressive tightening by the U.S. central bank could trigger a deep, ‘challenging’ recession.”

However, not all experts believe that a recession is inevitable. Per CNBC, Evercore ISI’s senior managing director, Julian Emanuel, thinks the U.S. economy will avoid a recession, which will help drive robust gains in the stock market.

“The path to higher [stock] prices really is a function of being able to discount the macro news and focus on the fact that you’re still going to have mid-to-high, single-digit earnings growth,” Emanuel said on Tuesday, adding that his S&P 500 year-end target now sits at 4,800, implying a more than 20 percent jump from current levels.

Emanuel claimed that retail investors will return to stocks later this summer when they see that employment has remained strong and inflation has peaked.

“When things turn down, that will be a more benign environment for the equity markets,” he concluded.