A Fourth Stimulus Check Is Needed. Here Is the Case (And the Odds) 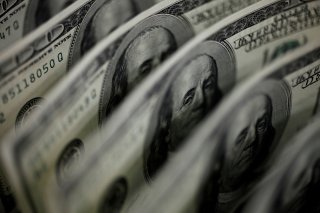 The three rounds of stimulus payments, along with other government coronavirus relief measures such as expanded unemployment benefits, have been integral to efforts at supporting Americans through the pandemic and at safeguarding the American economy. The third round of payments, which included larger payments than the previous two rounds and which coincided with greater rates of vaccinations and the reopening of many businesses across the country, has in particular been very important for jumpstarting an economic recovery.

Indeed, in many ways, it appears as though the United States is turning a corner, with most American adults receiving at least one dose of a coronavirus vaccine and many people reporting that their lives have at least partially returned to normal. The real gross domestic product grew at an annual rate of 6.4 percent in the first quarter of the year, and economists are predicting that overall economic activity could return to pre-pandemic levels later this summer.

Even with all the signs of progress, however, there are reasons to believe that the economic recovery is not yet complete and that it has yet to reach some Americans. The economy remains down some 7.5 million jobs since the start of the pandemic, and industries such as foodservice and construction continue to report difficulties filling open positions. Supply chain shortages for chips used in automobiles as well as inflation seen in products such as lumber and steel as well as some food items, meanwhile, are still impacting both consumers and businesses.

Individual Americans also continue to report problems, with about four in ten respondents to one recent survey indicating that their income remains below pre-pandemic levels.

Amid these ongoing challenges, many Americans are now calling for additional stimulus payments in the future. Several online petitions that are calling for further direct stimulus payments, including regular recurring payments sent out monthly for the remainder of the pandemic, now collectively hold more than 2.6 million signatures.

Support for additional stimulus payments is also evident among many members of Congress, with some 80 Congressional Democrats in both the House and the Senate now indicating that they would support a measure that includes a fourth round of stimulus payments.

Despite the push for a fourth round of stimulus payments, such a measure would likely face an uphill battle in Congress.