Fourth Stimulus Check Update: Could Republicans Stand in the Way? 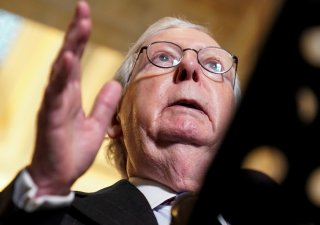 Republicans have a new plan to provoke procedural hurdles in the Senate for President Joe Biden’s $2.3 trillion infrastructure package if Democrats resort to the budget reconciliation process to pass the bill, allowing the party to bypass a filibuster in the upper chamber.

The lawmakers are expected to sound the alarm on a number of provisions within the impending bill, arguing that certain spending elements infringe the special budgetary rules that Democrats will use to squeeze Biden’s multi-trillion-dollar package into law in a 50-50 Senate.

“There are a lot of problems,” said Sen. Lindsey Graham (R-S.C.), the ranking member of the Senate Budget Committee.

Graham noted that he has been working with his staff about how to refer to the arcane Byrd Rule to bar provisions of Biden’s infrastructure bill if Democrats move forward with budget reconciliation, paving the way for numerous uphill battles for Democrats and likely stomping on the far-Left’s push to include a fourth stimulus check in the upcoming package.

A growing number of senators joined together in a partisan effort to push Biden to include recurring stimulus payments and automatic unemployment insurance extensions tied to economic conditions in the president’s infrastructure proposal, contending that families are still struggling to “put food on the table and keep a roof over their heads” due to the economic impacts of the coronavirus pandemic. But the Democratic push comes as Biden approved a third round of stimulus checks last month, where most eligible Americans received $1,400. Before that, eligible Americans saw $1,200 under the Cares Act and $600 under the December pandemic-related measure.

Biden used budget reconciliation to pass his $1.9 trillion coronavirus relief bill, which didn’t require a single Republican vote since both sides of the aisle could not swiftly strike a deal on what was and wasn’t included in the president’s first big-spending measure.

One of the core arguments that the GOP had against Biden’s rescue package was the inclusion of the $1,400 direct payments. Republicans argued that the amount was too large and provided a disincentive to return back to work.

And as Democrats now work to hammer out Biden’s infrastructure proposal, it’s unlikely that lawmakers will agree with far-Left members of the party about including a component that would send recurring stimulus payments to Americans until the pandemic is over, considering the pushback from the GOP.

Although Biden and Senate Majority Leader Chuck Schumer (D-N.Y.) are planning to use the Senate budget reconciliation process with new and far-reaching strategies, according to parliamentary experts, Republicans will firmly put up a fight when the infrastructure proposal hits the upper chamber’s floor.

Republicans are also planning to thwart another section of Biden’s proposal that would make it easier for unions to organize.

When Democrats used the legislative procedure to pass the rescue package, MacDonough ruled that the $15 federal minimum wage hike went against the rules, securing a Republican victory. But since the stimulus checks were approved in the last spending measure, MacDonough will likely approve of them again if Democrats decide to carve it into the infrastructure proposal.

The entire Democratic caucus in the Senate, however, does not stand behind the recurring stimulus payment push, as only twenty-one senators signed onto the initiative. And now with the GOP’s plan to use the Byrd Rule to block components of Biden’s infrastructure package, it’s unlikely that Democrats will include the direct payments portion in order to avoid prolonging the passage of the bill.