Gas Price Pain: This Summer You Better Get Ready to Pay Up 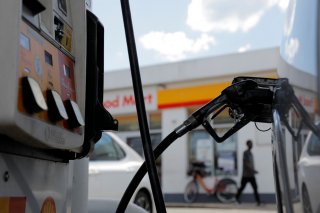 Gas prices have been steadily rising for most of the year, largely due to increasing demand as the coronavirus pandemic recedes. That was before the Colonial Pipeline was shut down for several days last week following a foreign cyberattack, which led to supply disruptions and higher prices, especially in the Southeast. The national average price for regular gas recently exceeded $3 for the first time since 2014.

Now, GasBuddy has issued its forecast for the summer, and it sees the highest summer gas prices in several years.

GasBuddy predicted that the average price of gas will be $2.98 at Memorial Day, the highest level since the $3.66 average in the summer of 2014. The high prices, money.com reported at the time, were mostly the result of “turmoil in Iraq.”

That predicted price for this year’s Memorial Day is lower than the average today, which is over $3, but would be nearly a dollar below the prices of last Memorial Day, when the early pandemic pushed demand way down, to under $2.

The site predicted that the prices will rise mostly due to demand, as many Americans are expected to embark on road trips this summer. The site cited a survey showing that 57 percent of Americans plan to “take at least one road trip this summer,” compared with just 31 percent in 2020.

“The numbers are clear: people are itching to travel as the nation recovers from Covid-19, but are frustrated with some of the highest holiday weekend gas prices in quite some time,”  Patrick De Haan, head of petroleum analysis at GasBuddy, said in the report.

“Gas prices have been increasing for months due to the continued rise in gasoline demand as a myriad of destinations reopen ahead of the summer driving season. The Colonial Pipeline shutdown only highlighted how much more reliant consumers have become on gasoline since the pandemic hit. Drivers don’t need to worry too much though, as there is an end in sight. Prices should ease up ahead of the holiday, mainly in areas where the pipeline challenges were most severe. Be warned that a rebound may happen as we approach midsummer, should gasoline demand rise to near-record levels.”

The rising gas prices have also been good news for GasBuddy itself. During the pipeline shutdown, GasBuddy’s app briefly became the number one application on the App Store’s chart, although it has since dropped down to below TikTok, Google, and the rest of the apps that are typically at the top of the list.

The site also reported this week that gasoline inventories on the East Coast have begun to “dive” as a result of the pipeline disruption.