Georgians Can Now Claim Embryos as Dependents for Tax Purposes 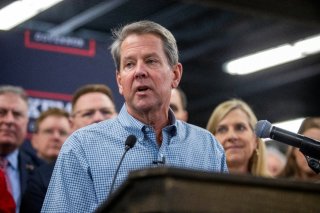 The Georgia Revenue Department announced on Monday that state residents can now claim embryos as dependents on their state income tax returns.

Effective as of July 20, guidance released by the department noted that individuals who have an “unborn child with a detectable human heartbeat” may qualify for a $3,000 state income tax deduction for this year.

“In light of the June 24, 2022, U.S. Supreme Court ruling in Dobbs v. Jackson Women’s Health Organization and the July 20, 2022, 11th Circuit Court of Appeals ruling in Sistersong v. Kemp, the Department will recognize any unborn child with a detectable human heartbeat…as eligible for the Georgia individual income tax dependent exemption,” the department wrote, per NBC News.

“Similar to any other deduction claimed on an income tax return, relevant medical records or other supporting documentation shall be provided to support the dependent deduction claimed if requested by the Department,” it continued. According to Healthline, “a fetal heartbeat may first be detected by a vaginal ultrasound as early as 5 1/2 to 6 weeks after gestation. That’s when a fetal pole, the first visible sign of a developing embryo, can sometimes be seen.”

Last month, the Eleventh U.S. Circuit Court of Appeals ruled that “Georgia’s prohibition on abortions after a detectable human heartbeat is rational.” Additionally, the state’s Living Infants and Fairness Equality Act (LIFE) defines a “natural person” as “any human being including an unborn child.”

The announcement follows the U.S. Supreme Court’s controversial decision in June to overturn Roe v. Wade, the 1973 landmark decision that established the constitutional right to an abortion. In light of the ruling, the Biden administration and pro-choice groups have taken a more offensive approach to protect abortion rights across the country.

On Tuesday, Attorney General Merrick Garland confirmed that the Department of Justice has filed a lawsuit against the state of Idaho, arguing that its near-total abortion ban violates a federal law that requires medical providers to offer emergency medical treatment. The seventeen-page complaint highlighted the Emergency Medical Treatment and Labor Act (EMTALA), which dictates that all hospitals that receive Medicare funds must provide “necessary stabilizing treatment to patients who arrive at their emergency departments while experiencing a medical emergency.”

Also on Tuesday, Kansas became the first state to vote on abortion rights since the court struck down Roe. The state’s voters resoundingly decided—59 percent to 41 percent—against removing the right to abortion from the State Constitution, reported the New York Times. Had the amendment passed, it would have paved the way for state legislators to prohibit or restrict abortions. The procedure is currently legal up to twenty-two weeks of pregnancy.