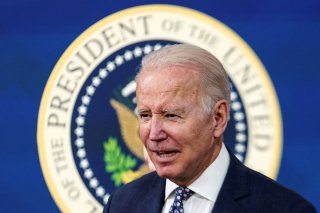 The Biden administration has taken another extraordinary measure in its battle against high gas prices. On Tuesday, they announced that the Department of Energy will release fifty million barrels of oil from the Strategic Petroleum Reserve.

The action was taken along with several other oil-consuming nations, such as the UK, China, India, Japan, and South Korea.

“Today, the President is announcing that the Department of Energy will make available releases of 50 million barrels of oil from the Strategic Petroleum Reserve to lower prices for Americans and address the mismatch between demand exiting the pandemic and supply,” according to a White House statement.

“As we come out of an unprecedented global economic shutdown, oil supply has not kept up with demand, forcing working families and businesses to pay the price,” Secretary of Energy Jennifer Granholm said in the announcement. “This action underscores the President’s commitment to using the tools available to bring down costs for working families and to continue our economic recovery.”

Average gasoline prices have been rising for most of 2021 as demand has risen worldwide in the latter days of the coronavirus pandemic. At the same time, OPEC has declined to step up production. Gas prices have begun to decline slightly after months of increases, although they remain higher than normal.

“This is a well-timed move to try and lower oil prices,” said John Kilduff, a partner at Again Capital, told CNBC. “This added supply should help to bridge the production shortfall ahead of winter, especially if we get confirmation of meaningful supply, as well, from several of the major Asian consuming nations.”

“Today marks an official emergence of an ‘anti-OPEC+’, a group of top oil-consuming countries that are taking the supply-side dynamics into their own hands in the unconventional and unprecedented release of strategic petroleum reserves to create artificial looseness in the oil market and deliver a negative blow to oil prices,” Louise Dickson, senior oil markets analyst at Rystad Energy, told CNBC.

Not everyone has praise for the idea of the administration using the Strategic Petroleum Reserve.

“The Strategic Petroleum Reserve exists to aid us in a true emergency,” Senator Cynthia Lummis (R-Wyo.) said in a social media post on Twitter after Senate Majority Leader Charles Schumer (D-N.Y.) pushed for Biden to use the reserve. “Our current situation exists solely because the current administration is working overtime to dismantle our domestic energy industry. President Biden has the keys to fix this.”