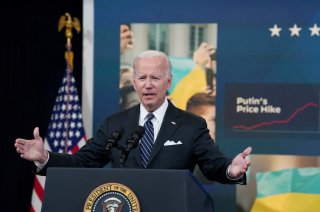 The long national nightmare of high gas prices in 2022 may not be over, but the average price in the United States has continued to drop for the second straight week, with fewer gas stations selling gas over $5 a gallon

GasBuddy reported on Monday that the average gas price in the United States is now $4.88 per gallon, a week-over-week decline of 8.8 cents. The price is still historically high and represents a 28.3 cent increase from a month ago and a $1.79 per gallon increase from a year ago, but it’s a significant decrease from earlier this month.

“With Independence Day a week away, gas prices have continued to fall for the second straight week as the price of oil has faltered, ushering in the drop we’re seeing. The good news is we could also see a third straight week of decline,” Patrick De Haan, head of petroleum analysis at GasBuddy, said in GasBuddy’s blog post.

“While prices will be at their highest July 4th level ever, they’ll have fallen close to 20 cents since our peak in early June. Motorists should be wary that while the decline could continue for the week ahead, any sudden jolts to supply could quickly cause a turnaround, and the risk remains that when the peak of hurricane season arrives, we could see a super spike at the pump,” De Haan continued.

It doesn’t appear that President Biden’s call last week for a gas tax holiday affected the price of gasoline at all, mostly because it is a mere proposal that has not been enacted into law. The proposal, per a Politico report, has landed "with a thud,” even among the president’s own party. The president is scheduled to visit the Middle East next month and is expected to pressure the OPEC+ nations to increase their oil production.

The other weekly report released on Monday, from AAA, found that the average price has dropped to $4.89 a gallon. AAA said that oil prices have gone down for a less than ideal reason: “Economic fears of a potential global recession leading to less demand for oil dropped the price to around $107 per barrel, down from $110 last week.”

“Fear is not a good reason to move a market like the one for oil, but it is a powerful motivator,” Andrew Gross, AAA spokesperson, said in a statement. “The cost of oil accounts for nearly $3 for every $4.89 at the gas pump. Consumers should find more relief when fueling up if oil prices drop further.”