Good News: One College Is Cancelling Some Student Debt 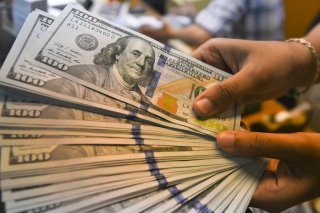 There has been much controversy lately over what is allowed to be done with money from the federal government’s American Rescue Plan. But one thing that is allowed is for colleges and universities to cancel student loan debt.

One university, Delaware State University, announced this week that it is using money from the American Rescue Plan to cancel up to $730,655 in student debt. The debt was cancelled, the university said, for “recently graduated students who have faced financial hardship during the COVID-19 pandemic.”

The average eligible student will get about $3,276 in debt relief, the university said.

“Too many graduates across the country will leave their schools burdened by debt, making it difficult for them to rent an apartment, cover moving costs, or otherwise prepare for their new careers or graduate school. While we know our efforts won’t help with all of their obligations, we all felt it was essential to do our part,” Antonio Boyle, Vice President for Strategic Enrollment Management, said in a university statement.

“We haven’t raised our tuition in over six years; we issue every incoming student an iPad or a MacBook; we are replacing traditional textbooks with less expensive digital editions, and our Early College High School saves the average family of nearly $50,000 in college expenses,” University President Dr. Tony Allen said in the same statement.

Per Forbes, the legislation allowed for “financial aid grants to dual enrollment, continuing education, non-degree seeking, or non-credit students, as well as to a broad range of students with exceptional needs, such as certain refugees or persons granted asylum.”

The Department of Education also issued guidance and how the money should be spent.

"Many students have had their postsecondary careers turned upside down as they manage their schoolwork while also protecting themselves from this virus," said Education Secretary Miguel Cardona said in March when he announced the changes. "We hope every eligible student takes advantage of these benefits while continuing to focus on their studies.”

The idea of mass forgiveness of student loan debt has been periodically floated, and multiple presidential candidates had plans for doing so in the 2020 presidential election cycle. According to Time, President Biden has not proposed massive loan forgiveness as part of his trillion-dollar American Families Plan and American Jobs plan.

Biden did, however, extend the suspension of interest and principal payments on federal student loans until October, and also extended temporary relief to student loan borrowers during the pandemic. Biden also, per Time, “forgave $1 billion in loans for students defrauded by for-profit institutions.”

“A blanket $10,000 in student loan forgiveness is good for individuals, but it’s bad policy unless they do something to fix the system,” Robert Farrington, CEO and founder of The College Investor, told Time. “I personally don’t think anything will pass.”