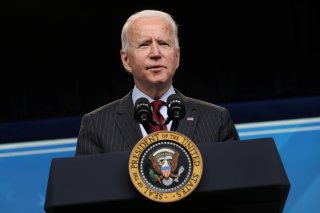 President Joe Biden on Thursday confirmed that he would support a suspension of the Senate filibuster rule to codify Roe v. Wade, the landmark 1973 decision that established the constitutional right to an abortion and was overturned by the Supreme Court last week.

“The most important thing to be clear about is I believe we have to codify Roe v. Wade in the law, and the way to do that is to make sure the Congress votes to do that,” Biden said during a press conference at the NATO summit in Spain, per CBS News.

Senate rules dictate that for most legislation to pass, the majority party must be able to garner at least sixty votes to overcome an indefinite filibuster. Currently, the Senate is evenly split, with Vice President Kamala Harris holding the key tiebreaker.

The president also took time to blast the Supreme Court’s decision to nix the constitutional right to abortion as “destabilizing” and “outrageous.” Biden, however, still held firm in his belief that the United States is in a better position to lead the world now than it ever was.

“America is better positioned to lead the world than we ever have been,” he said.

“We have the strongest economy in the world, our inflation rates are lower than other nations in the world. The one thing that has been destabilizing is the outrageous behavior of the Supreme Court of the United States and overruling not only Roe v. Wade, but essentially challenging the right to privacy,” he added.

Biden also confirmed that he will meet with a group of governors who have acted to protect abortion access once he returns to Washington, D.C.

“I'm the only president they got. And I feel extremely strongly that I'm going to do everything in my power which I legally can do in terms of executive orders, as well as push the Congress and the public,” he said.

“The bottom line here is—if you care, if the polling data is correct, and you think this decision by the court was an outrage or a significant mistake—vote. Show up and vote. Vote in the off year and vote, vote, vote. That's how we'll change it,” Biden continued.

Meanwhile, for much of the past week, Democrats have ramped up pressure on Biden to take executive action to protect abortion rights. Sens. Elizabeth Warren (D-MA) and Patty Murray (D-WA) are leading a group of more than twenty other Senate Democrats calling on the president to look into the viability of several executive actions.