Gov. Whitmer Aims to Give $500 to Working Michigan Families 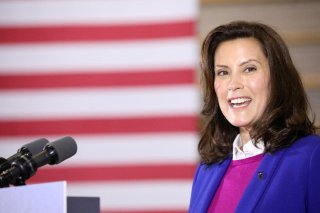 Michigan governor Gretchen Whitmer has proposed sending out $500 to families from the state’s surplus tax revenues in an effort to combat fast-rising living costs due to inflation.

According to the Detroit Free Press, the Democratic governor sent a letter to leaders in the Michigan legislature on Thursday proposing the “MI Tax Rebate Right Now” plan, which includes the one-time direct payment as well as rolling back the retirement tax for seniors and tripling the Earned Income Tax Credit.

“From Macomb to Marquette, Michiganders are facing rising prices on food, gas, and other everyday expenses. While the causes are varied, from the invasion of Ukraine by Russia to ongoing supply chain challenges caused by the pandemic, the pain being felt by people is tangible,” Whitmer said in a release.

“Let’s take advantage of our additional revenue to put money in people’s pockets and deliver real relief right now. … Michiganders are counting on us to work together to provide real relief right now, so they can pay the bills and put food on the table. Let’s draw on the grit and determination our working families show every day and let’s get it done,” she continued.

According to Whitmer spokesman Bobby Leddy, the details of the plan—such as eligibility and cost—have not yet been finalized. The plan would also require legislative approval.

“In the spirit of continued bipartisan collaboration with the Legislature, we are eager to sit down with lawmakers on both sides of the aisle to negotiate details,” he told the Detroit Free Press.

“But one thing must be certain: We believe it should deliver immediate relief to families who have worked their tail off, paid their dues, and could use a little extra help right now,” he continued.

Similar to Michigan, several other states—armed with excess tax revenues after aggressive federal stimulus actions during the pandemic—have also proposed their own version of tax rebates or stimulus checks to help ease the burden of red-hot inflation that has reached a forty-year high.

For example, last week, Pennsylvania governor Tom Wolf once again urged the Republican-led General Assembly to pass legislation for the American Rescue Plan Act-funded $500 million PA Opportunity Program—which would issue direct payments of up to $2,000 to ​millions of Pennsylvanians.

Meanwhile, the Alaska Legislature has passed a budget that would deliver more than $3,200 to each eligible resident this year. And in Hawaii, a rebate program is expected to dole out $300 to taxpayers earning less than $100,000 per year and $100 to those who earn more than six figures annually.