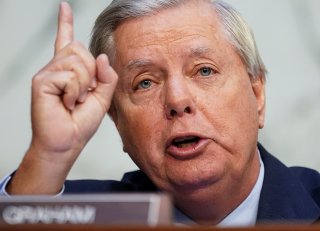 Sen. Lindsey Graham (R-SC) introduced a bill on Tuesday that would prohibit abortion nationally after fifteen weeks, according to a New York Times report.

Called the Protecting Pain-Capable Unborn Children from Late-Term Abortions Act, the legislation includes exceptions for abortions that are necessary to save the life of the mother or when the pregnancy is the result of rape or incest. It would also not affect state laws that are already more restrictive.

“Abortion is not banned in America. It's left up to the elected officials in America to define the issue,” Graham said alongside anti-abortion rights advocates while unveiling the legislation on Capitol Hill.

In June, Graham called the Supreme Court’s decision to strike down Roe v. Wade, the 1973 landmark decision that established the constitutional right to an abortion, a “long overdue constitutional correction allowing the officials in the states to decide issues of life.”

There is, however, little chance that Senate majority leader Chuck Schumer (D-NY) would allow such a bill to receive a vote in the chamber, where his party has been focused on preserving abortion rights over the past three months.

Per CBS News, Schumer called Graham’s measure on the Senate floor a “radical bill” and said the plan sends a “clear message from MAGA Republicans to women across the country: your body, our choice.”

Meanwhile, White House press secretary Karine Jean-Pierre quickly slammed the measure, describing it to be “wildly out of step with what Americans believe.”

“While President Biden and Vice President Harris are focused on the historic passage of the Inflation Reduction Act to reduce the cost of prescription drugs, health care, and energy—and to take unprecedented action to address climate change—Republicans in Congress are focused on taking rights away from millions of women,” she said in a statement.