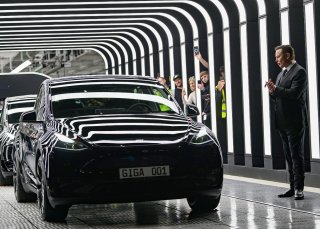 When the Inflation Reduction Act passed earlier this year, one of the changes included a revision to the Qualified Plug-in Electric Drive Motor Vehicle Credit, which made some electric vehicles (Evs) no longer eligible for the credit.

Now, some members of Congress have introduced legislation to reverse that change. The Affordable Electric Vehicles for America Act was introduced by Reps. Emanuel Cleaver II (D-MO) and Terri Sewell (D-AL). Sen. Raphael Warnock (D-GA), who is currently in a runoff election to keep his seat, has introduced comparable legislation in the Senate.

“The legislation would delay the phase-in of the EV sourcing and manufacturing requirements necessary for credit eligibility from 2023 to 2026, giving American automakers the time they need to shore up their domestic supply chains while still offering full access to the tax credits to American consumers,” the announcement of the legislation said.

These lawmakers all supported the Inflation Reduction Act but their legislation would delay the waiting period for “automakers to follow specific sourcing and assembly requirements for their EVs in order for Americans to qualify for the federal tax credit to purchase a new vehicle.” These include requiring the cars and their batteries to be manufactured in North America, as well as rules involving the sourcing of critical minerals used for batteries. The phase-in period would be delayed until 2026.

“I’m proud to introduce the Affordable Electric Vehicles for America Act with Congresswoman Sewell as we seek to lower energy costs for American families, create good-paying manufacturing jobs here at home, and accelerate our nation’s transition away from costly fossil fuels and toward affordable, clean vehicles,” Representative Cleaver said in the announcement.

“Our legislation takes important steps to make the historic electric vehicle tax credits passed in the Inflation Reduction Act immediately accessible to consumers, particularly working- and middle-class Americans who would like to purchase an electric vehicle but need the federal credit to do so. As oil companies insist on continuing their exorbitant price-gouging of families at the pump, these tax credits offer hardworking Americans immediate and significant financial assistance to help them purchase a vehicle that is better both for the environment and their wallets. This bill would be a major win for consumers, autoworkers, and businesses alike, and I will work with my colleagues to ensure it is signed into law by President Biden.”

“The Affordable Electric Vehicles for America Act will lower costs and provide consumers more options when purchasing an electric vehicle, while also supporting good-paying jobs across Georgia and our country,” Senator Warnock said. “I’m focused squarely on helping car buyers save money and helping car manufacturers who do business in our state thrive. That’s why I’m pleased to partner with Representatives Sewell and Cleaver to get this bill over the finish line.”