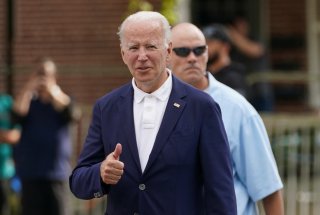 One regional gas station and convenience store chain has found an innovative way to help their customers deal with historically high gas prices: reducing its prices, albeit temporarily.

Sheetz, a chain based in Pennsylvania, announced this week that it will “help reduce pain at the pump for consumers by reducing the price of fuel to $3.99 a gallon for Unleaded 88 and $3.49 a gallon for E85.”

The offer will be good through the July 4 weekend, giving Sheetz customers nearly a week of savings. The chain noted that those two types of gas are not compatible with all cars.

The offer arrives as gas prices have begun to move down from their record highs of recent weeks, with the average price beginning to drop below the $5 mark.

According to GasBuddy’s latest report, the average gas price in the country has dropped to $4.88 per gallon. The price of gas is still much higher than normal, but it is down from the record heights of this spring, when the average exceeded $5 per gallon for the first time in history.

“With Independence Day a week away, gas prices have continued to fall for the second straight week as the price of oil has faltered, ushering in the drop we’re seeing. The good news is we could also see a third straight week of decline,” Patrick De Haan, head of petroleum analysis at GasBuddy, said in the site’s latest report.

“While prices will be at their highest July 4th level ever, they’ll have fallen close to 20 cents since our peak in early June. Motorists should be wary that while the decline could continue for the week ahead, any sudden jolts to supply could quickly cause a turnaround, and risk remains that when the peak of hurricane season arrives, we could see a super spike at the pump,” De Haan added.

The White House has been trying to find ways to get gas prices down. The president earlier this week called for a federal gas tax holiday, although the proposal has been met with mixed reactions from across the ideological spectrum and may very well not have the votes to get through Congress.

When the president visits the Middle East next month, he is expected to push Saudi Arabia and other OPEC+ nations to increase oil production in order to bring down prices.

Analyst Rebecca Babin appeared on a Yahoo Finance show this week to discuss what’s likely to happen next month.

“The reality is, Saudi Arabia and the UAE are bumping up against their … spare capacity constraints. And they're not necessarily able to bring back enough crude overall long enough of a time period to really solve this problem,” she said. “And secondly, they've been very vocal, leading into these meetings, that this is not a problem they created. They don't believe they should have to solve it. And, secondly, they think it's a refining issue, not necessarily a crude issue,” Babin noted.