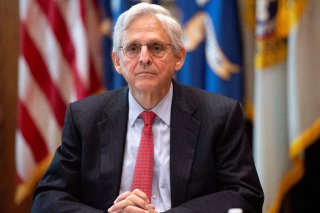 According to the U.S. Attorney’s office for the Eastern District of California, the sentence was for conspiracy to defraud the United States, theft of government property, and aggravated identity theft. The man pled guilty to the charges back in 2019.

The man and two co-defendants, according to the government, “conspired to steal public money from the Social Security Administration (SSA).” The man sentenced Wednesday spent three years as an SSA Operations Supervisor in California, where he “used his authority as an SSA employee to access the confidential Social Security records of numerous Social Security beneficiaries.”

Willis, per the Department of Justice, obtained the personal information of beneficiaries and shared it with his co-conspirators. Those people then called SSA field offices, impersonated the beneficiaries, and opened bank accounts under those identities, to which they routed Social Security payments. They also withdrew cash from those accounts and fraudulently used debit cards. They even spent some of the money on “trips to Las Vegas and luxury items including Rolex watches.”

In all, nearly $700,000 was stolen by the conspirators, from more than 200 Social Security beneficiaries. The man convicted has been ordered to pay full restitution.

Willis “abused his position with SSA for his personal gain, setting up an elaborate scheme with co-conspirators that defrauded those who needed it the most of over $690,000 in Social Security benefits. This sentence holds him accountable for his egregious criminal actions,” Dawn Nolan, a Social Security Administration Office of the Inspector General official, said in the government’s statement. “I thank the U.S. Attorney’s Office for prosecuting this individual and protecting the integrity of SSA programs.”

Late last month, an Arkansas couple involved in a Social Security-related scam were sentenced to prison time for charges that included theft of government funds and aiding and abetting.

“The Social Security Administration is set up to make funds available to those who are truly in need because of a disability.  However, through their criminal conduct, Mr. and Mrs. Schwartz lined their own pockets with this money that was intended to help those with legitimate disabilities,” U.S. attorney David Clay Fowlkes said when the sentences were announced. “Our office will continue to pursue fraud cases such as this one and will continue to seek to protect programs like this, which are designed to help some of the most vulnerable members of our society,” he added.