Help, Joe Biden: Is the Child Tax Credit the Answer to Child Poverty? 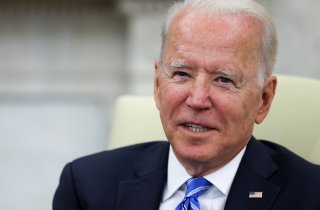 The first of the Child Tax Credit (CTC) advance payments were arranged to be sent out by the Internal Revenue Service (IRS) starting on Thursday, July 15 last week.

The advance payments, approved in the March 2021 American Rescue Plan Act (ARPA), have been set aside for families making less than $150,000 per year, or single parents making less than $75,000 per year. Roughly thirty-six million families qualify under these restrictions, according to the IRS. these families contain nine out of every ten American children.

The ARPA made three key changes to the function of the Child Tax Credit. First, the legislation substantially increased the dollar amount. In 2020 and in earlier years, the payments were set at $2000 per child per year, regardless of each child’s age. This was increased by ARPA to $3000 per year for children aged six and older and $3600 for children under six—respective increases of fifty percent and eighty percent over the previous sum.

Second, the ARPA arranged for half of the payments to be sent out in advance. President Biden argued that advance payments would constitute an effective relief measure for families struggling from the economic effects of the coronavirus pandemic. From July until December, one-twelfth of the total payment—or $250 for older children and $300 for younger ones—will be sent out each month, on or near the 15th. The six payments total half of the credit. The remaining half can be claimed on a family’s 2021 taxes during filing time in April 2022.

Finally, the Child Tax Credit was made fully refundable, meaning that all recipients, even families that did not pay taxes, could claim it all. This effectively transformed the CTC from a tax credit—which is treated solely as a credit against existing taxes, as in the case of the Earned Income Tax Credit—into a stimulus measure.

These measures, taken together, have made the Child Tax Credit highly popular among Democrats, who have estimated that its provisions could cut child poverty in half. Humanity Forward, a basic income advocacy group, has described it as the largest basic income experiment yet attempted in the United States. Biden originally intended to extend the CTC at its present levels until 2025 in his American Families Plan, although it seems clear that this extension will not succeed within the original framework of the plan.

Conversely, more fiscally conservative lawmakers have criticized the payments, arguing that they were an expensive form of welfare and could discourage work among poor families.