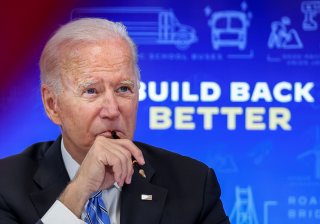 The Internal Revenue Service and the U.S. Treasury Department announced on Friday that the second batch of advance monthly payments worth about $15 billion from the expanded child tax credits were issued to thirty-six million families.

The agencies added that “like the first payments, the vast majority of families will receive these payments by direct deposit,” according to an IRS press statement.

However, “the IRS wants to alert some recipients who received direct deposits in July that they will receive the August payments by mail. Due to an issue expected to be resolved by the September payments, a percentage of these recipients—less than 15 percent—who received payments by direct deposit in July will be mailed paper checks for the August payment. For those affected, no additional action is needed for the September payment to be issued by direct deposit,” the statement explained.

The next payments are slated to head out on the fifteenth of every month through December.

The IRS has also made it known that “it’s not too late for low-income families to sign up for advance CTC payments,” urging people to take advantage of the Non-filer Sign-up Tool that will give the IRS the necessary information—such as an address and routing and bank account numbers—to promptly disburse the funds.

Being able to reach the nation’s poorest households has been a primary goal of the agency, and in an effort to achieve that, it has partnered with nonprofit organizations, churches, and community groups to get the word out regarding the new tax credits.

“This important new tax change affects millions of families across the nation, and the IRS wants to do everything it can to help people get the payments,” IRS Wage & Investment Commissioner Ken Corbin, who also serves as the agency’s Chief Taxpayer Experience Officer, noted in a press statement. “Many people miss out on tax benefits simply because they don’t file a tax return.”

A report by the Center on Budget and Policy Priorities suggests that about four million children from low-income families are at risk of missing out on the recurring monthly payments if the tax agency does not get that necessary personal and financial information on time.

These child tax credit payments—seen by many as being similar to another round of stimulus checks—were approved under President Joe Biden’s highly ambitious American Rescue Plan, which now allows eligible parents to receive as much as $3,600 per year for a child under the age of six and up to $3,000 for children between ages six and seventeen.

Broken down, what this all means is that a $250 or a $300 payment for each child will be deposited into the bank accounts of parents each and every month through the end of 2021—and possibly for years to come if the American Families Plan is ever green-lighted by Congress.