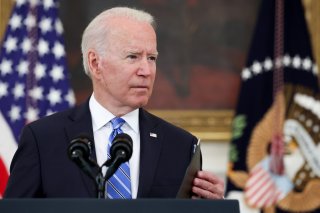 The deadline for student loan borrowers to resume monthly payments after a sixteen-month break is slowly approaching, but new signals indicate that borrowers could get more time before they need to begin making payments again.

Back in March 2020, the federal government temporarily suspended all federal student loan payments and interest accrual, a program that’s been extended twice by former President Donald Trump and once by President Joe Biden. Currently, those payments are set to start October 1.

But there are reportedly new signs that an extension could be under consideration, according to experts.

“There’s a great deal of discussion about what’s the right thing to do here,” Scott Buchanan, executive director of the Student Loan Servicing Alliance, told CNBC.

The Pennsylvania Higher Education Assistance Agency—which monitors the loans of 8.5 million student borrowers—announced earlier this month that it would not renew its contract with the federal government that ends in December.

“In the twelve years since PHEAA accepted the terms of its federal servicing contract, the federal loan programs, as managed by the U.S. Department of Education, have grown increasingly complex and challenging while the cost to service those programs increased dramatically,” Keith New, a spokesman for PHEAA, said following the announcement.

That means all of PHEAA’s borrowers will need to find a new lender.

“It would be confusing for PHEAA borrowers to restart repayment on Sept. 30, only to change servicers on Dec. 14,” Mark Kantrowitz, a higher education expert, told the network. “It would be better to combine both changes so that they occur at the same time.”

Education Secretary Miguel Cardona also noted last month that the Biden administration was debating whether it would offer an extension of the program.

The report comes as more than sixty congressional Democrats, led by Senate Majority Leader Chuck Schumer (D-N.Y.) and Sen. Elizabeth Warren (D-Mass.), pressed Biden to extend the student loan payment pause until the end of March 2022 or until the pandemic is over, depending on which one is longer.

Over 125 organizations, including the American Civil Liberties Union, also sent a letter to the president to uphold his promise of mitigating the student loan crisis and extend the payment pause.

It’s unclear, however, whether the White House backs the extension effort. Several opponents argue that if the Biden administration agrees to elongate the paused payment period, then the move would collide with the president’s messages over working toward economic recovery. Student loan borrowers have experienced the pause for nearly sixteen months, so an even longer extension would indicate that the economy “is so bad that student loan borrowers need even more time to pay student loans,” according to Zack Friedman, a contributor at Forbes.