High Gas Prices: Are Americans Ready for Summer Pain at the Pump? 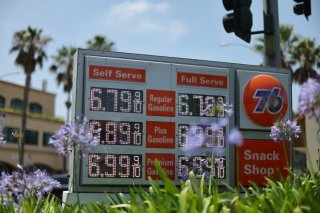 The long Memorial Day weekend kicks off what is expected to be a busy summer travel season—but sky-high gas prices and inflation in general could throw up plenty of roadblocks along the way.

As reported by Fox Business, gas prices are already at record highs at $4.60 per gallon—a 40-percent increase so far this year and well above last year’s $3.04 per gallon level, according to AAA—and could potentially trek even higher in the coming weeks. In light of this unsavory backdrop, one energy economist is contending that Americans have “accepted” the elevated costs amid demand for more travel.

“This summer is going to be very interesting,” Nick Loris, of the Heritage Foundation and C3 Solutions vice president of public policy, said on Fox’s “Cavuto: Coast to Coast” on Thursday.

“A lot of families have been frustrated by the pandemic, have had to cancel vacations over the past two years, and therefore, they have been willing to, so far, accept higher prices,” he continued.

Loris, though, later acknowledged that American families might be reaching their “tipping point”—even suggesting that they might eventually “change their minds” or “take smaller trips” due to higher gas prices.

For those who think $5 per gallon gas is devastating, there was even more concerning news last week when JPMorgan analysts warned that prices at the pump could eclipse $6 by the end of the summer.

“There is a real risk the price could reach $6-plus a gallon by August,” Natasha Kaneva, head of global oil and commodities research at JPMorgan, told CNN Business.

According to Loris, that prediction was a “rude wakeup call.”

“As the report mentioned, any increase in gas prices results in a reduction in non-gasoline spending. … This has ripple effects throughout the economy that's going to hurt businesses and families all over the country,” he continued.

Loris went on to add that Americans’ mindsets could potentially change once gas prices hit either $5 or $5.50 per gallon.

“That's where I think you really might see Americans start to change their minds about what they do,” he explained. “But again, I mean, I just bought a flight to Ireland. I paid a lot more than I wanted to, but I haven't traveled internationally for vacation [in] the last two years, and I was willing to accept the higher prices … I think a lot of American families are.”

For Patrick De Haan, head of petroleum analysis for GasBuddy, many Americans might have already reached their “tipping point” just as Memorial Day weekend begins.

“I don’t think as many people are going to hit the road, and if they do, I think a good portion are going to be staying close to home,” he told CNBC.

“They’re definitely should be a noticeable bump, but my impression is people are not driving as far. The concern is high prices that are keeping people a little closer. There’s also work-from-home that changed things. There’s a strong subset of people that can basically work from the road all the time,” he concluded.