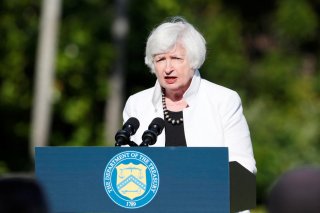 U.S. homebuilders are sounding the alarm that the once red-hot housing market will likely only get worse as the number of new orders continues to plummet, according to a recent CNBC report.

Meanwhile, PulteGroup, one of the country’s biggest homebuilders, reported that its cancellation rate rose from 15 percent in the second quarter to 24 percent in the third.

“There’s this cliff that’s happening in January,” Gene Myers, chairman of Thrive Home Builders in the Denver area, told the business news outlet, predicting that the market will be “ugly” by the start of 2023.

“It is definitely a hard landing for housing. Any hope of a soft landing really evaporated last spring, when it became so clear that our customers who are accustomed to such low mortgage rates just were going to go on strike,” he continued.

“I think we’re seeing the most abrupt change in the market in my career, and I’ve been around a while. I’ve never seen sales just turn off, which for us happened in May.”

The U.S. Census data comes on the heels of mortgage rates continuing their relentless trek higher over the past week, surpassing 7 percent for the first time since 2002, the New York Times reported. Rates on the popular thirty-year fixed-rate mortgage have risen to nearly 7.1 percent, up from 6.94 percent two weeks ago and roughly 3.2 percent from this time last year.

The rapid rise in rates has primarily been fueled by the Federal Reserve’s unprecedented campaign of hiking interest rates to tame decades-high inflation levels. Markets are widely expecting the central bank to approve a fourth-straight seventy-five-basis-point hike when it concludes its two-day policy meeting this week.

“As inflation endures, consumers are seeing higher costs at every turn, causing further declines in consumer confidence this month,” Sam Khater, Freddie Mac’s chief economist, said in a statement. “Many potential homebuyers are choosing to wait and see where the housing market will end up, pushing demand and home prices further downward.”

According to the latest S&P CoreLogic Case-Shiller U.S. National Home Price Index, home prices were found to have cooled at a record pace in August. Prices were 13 percent higher nationally than in August 2021, but that was down from a 15.6 percent annual gain in the previous month. The 2.6-percent difference was the biggest deceleration in the index’s history, dating back to 1987.