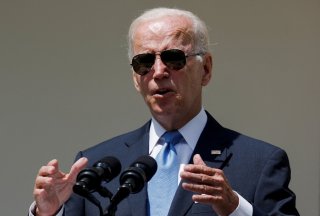 The Biden administration has offered to exchange Viktor Bout, a convicted Russian arms dealer, as part of a potential prisoner swap to secure the release of WNBA star Brittney Griner and former U.S. Marine Paul Whelan, according to a CNN report.

Secretary of State Antony Blinken confirmed on Wednesday that the United States presented a “substantial proposal” to Russia “weeks ago” for the two Americans who are classified as “wrongfully detained” by the Biden administration.

During a press conference at the State Department, Blinken said that President Biden was “directly involved” in the talks and signed off on the proposal. He added that he “can't and won't get into any of the details of what we proposed to the Russians over the course of so many weeks now.”

As for the next steps, Blinken said that he will discuss the matter on a call with Russian foreign minister Sergey Lavrov later this week.

“My hope would be that in speaking to Foreign Minister Lavrov, I can advance the efforts to bring them home,” he said. “There is in my mind utility in conveying clear, direct messages to the Russians on key priorities for us. And as I mentioned, these include securing the return home of Brittney Griner and Paul Whelan.”

Meanwhile, the Associated Press reported that Russia has stated that any potential prisoner swap needs to be negotiated quietly without fanfare.

“We know that such issues are discussed without any such release of information,” Kremlin spokesperson Dmitry Peskov told reporters during a conference call. “Normally, the public learns about it when the agreements are already implemented.”

Peskov asserted that “no agreements have been finalized” and declined to provide further details.

Russian Foreign Ministry spokesperson Maria Zakharova acknowledged that Russian and U.S. officials have conducted negotiations regarding possible prisoner exchanges but “there has been no concrete result yet.”

“We proceed from the assumption that interests of both parties should be taken into account during the negotiations,” she continued.

Griner, a two-time Olympic gold medalist, was detained at Sheremetyevo International Airport on February 17 after the Russian Federal Customs Service claimed to have found vape cartridges containing the marijuana concentrate hashish oil in her luggage. She faces up to ten years in prison if convicted of transporting drugs.

During her testimony on Wednesday, Griner described making a grueling thirteen-hour flight to Moscow from Arizona while recovering from Covid-19. She said that she does not know how the cannabis oil for which she had a doctor's prescription ended up in her bag, explaining that she had packed in haste while under great stress.

Meanwhile, as reported by ABC News, the family of Whelan, who has been held in Russia for more than three years, said they have “a little bit of hope” after learning of the possible prisoner swap.

“The offer that the U.S. government has made—and extraordinarily made public—is super. Hopefully the Russian government will take the concessions that have been made and allow Paul to come home,” Whelan's twin brother, David Whelan, said during an interview Thursday on Good Morning America.