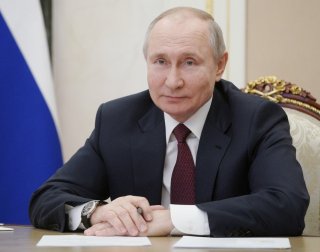 Women’s basketball star Brittney Griner’s guilty plea to drug charges earlier this month could play a sizable role in speeding up her exit from Russia, but it is still a highly risky gamble, according to one hostage expert.

“I can't say that's the right or the wrong thing to do because, in any event, the Russian system … it's not our system,” Hugh Dugan, the acting special envoy for hostage affairs during the Trump administration, told Fox News.

“But that's the gamble based on the direction that her attorneys counsel her. To our eyes, it looks like, okay, this gets her into that status where they can do a [prisoner] swap,” he continued.

If a prisoner exchange is agreed to between Washington and Moscow, Dugan explained that Griner would have to complete the rest of her sentence in a U.S. prison, though that scenario would likely not play out.

“In that type of prisoner swap, you're supposed to finish your sentences and respect the judgment of each respective country,” he said, adding that he would “doubt that the Russians would force their guy to sit in prison there for another so many years.”

Griner, a two-time Olympic gold medalist in basketball, was detained at Sheremetyevo International Airport on February 17 after the Russian Federal Customs Service claimed to have found vape cartridges containing the marijuana concentrate hashish oil in her luggage. The Biden administration has classified Griner as “wrongfully detained.”

During her hearing, Griner told the judge that she had done so “inadvertently” while asking the court for mercy. On Friday, per the Associated Press, her lawyer gave the court a U.S. doctor's letter recommending that she use medical cannabis to treat pain. Medical marijuana is not legal in Russia.

Meanwhile, former New Mexico Gov. Bill Richardson has stated that he will travel to Moscow within the next few weeks for talks aimed at finding a deal to free Griner. A former U.S. ambassador to the United Nations and energy secretary in the Clinton administration, Richardson boasts a long history of working to free Americans wrongfully detained overseas. Through his nonprofit, the Richardson Center, he has helped return U.S. citizens imprisoned in Iran and North Korea, among others.