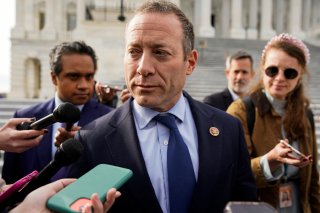 As red-hot inflation continues to eat away at the buying power of millions of Americans, it is unsurprising to hear that many individuals, especially senior citizens, have been falling for cost-saving scams orchestrated by sophisticated fraudsters.

In fact, according to the Senate Special Committee on Aging, older Americans lose out on an estimated $2.9 billion each year due to such scams.

As reported by CNBC, in light of these troubling facts, the House of Representatives has moved forward with legislation that will tackle this particular issue. On Wednesday, the chamber passed by a vote of 371-48 the Empowering States to Protect Seniors from Bad Actors Act.

“The bipartisan measure will enable the Securities and Exchange Commission to help state enforcement agencies and task forces protect and educate seniors through the creation of a new Senior Investor Protection Grant Program,” the business news outlet wrote.

“The bill would authorize $10 million each year so regulators can hire additional investigative staff and improve technology, training and equipment. In addition, money would also be devoted to educating seniors about financial scams,” it continued.

Rep. Josh Gottheimer (D-NJ), who sponsored the House bill, stated on the floor that his own mother was targeted by a scam artist who posed as an agent from the Internal Revenue Service (IRS).

“Luckily, we figured out and stopped that ‘IRS agent’ in his tracks,” he said. “But how many others paid?”

For this recently concluded tax season, the IRS warned that fraudsters are sending out emails or text messages that look to be from the tax agency about government-issued direct payments or unemployment claims.

“This is a prime period for identity thieves to hit people with realistic-looking emails and texts about their tax returns and refunds,” IRS commissioner Chuck Rettig said in a statement.

“Watching out for these common scams can keep people from becoming victims of identity theft and protect their sensitive personal information that can be used to file tax returns and steal refunds,” he continued.

Adding to concerns is the fact that such scams have continued to rise in number. According to data compiled by the Federal Trade Commission (FTC), nearly 2.8 million consumers filed a fraud report to the agency last year—the highest figure on record dating back to 2001.

“The most commonly reported category [was] once again being imposter scams, followed by online shopping scams,” the FTC writes. “Prizes, sweepstakes, and lotteries; internet services; and business and job opportunities rounded out the top five fraud categories.”