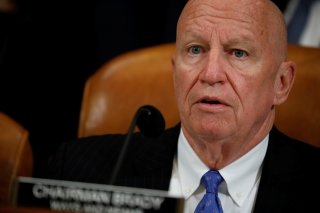 After more than two years, the Social Security Administration (SSA) finally reopened its offices to the public on April 7. Even while doing so, the agency warned that there would still be some long lines and other bottlenecks at the start of the reopening.

Shortly after the reopening, Republicans on the House Ways and Means Committee wrote a letter to the committee’s chairman, calling for a hearing into the “the challenges that the American public continues to face when trying to access services from the Social Security Administration (SSA).”

The letter was sent to Democratic Chairman Richard Neal (D-MA) and authored by the Republicans on the committee. Led by ranking Republican Rep. Kevin Brady (R-TX), it called for hearings looking into the backlogs in the agency’s phone systems, as well as how the SSA plans to transition to the offices reopening.

“Over the past few months, the SSA has gradually increased in-office service in certain, limited, critical cases and will resume in-office service for all members of the public today. However, the SSA anticipates that reopening will result in delays and long waits for customers who haven’t scheduled an appointment, which generally requires calling the SSA ahead of time,” the Republicans’ letter said.

The letter added that the same authors had sent a letter a month earlier to the Social Security Administration, and that “the SSA has yet to provide a substantive response.”

“In the more than two years since the SSA closed its offices to the general public, this committee has not held a single hearing to discuss these challenges, despite the difficulties that our constituents have had and continue to face when trying to do business with the SSA,” the letter said. “As Representatives of the American public, it is incumbent that we ensure that the government by the People continues to work for the People.”

More than a week after the letter was sent, the calendar on the Ways and Means Committee’s website does not list any upcoming hearings, on the Social Security office reopening or any other topic. The hearing, last December, held a hearing on Social Security 2100: A Sacred Trust, the Social Security reform plan introduced by Rep. John Larson (D-CT).

Whether the Larson bill will make it to the floor of Congress this year is unclear.

In an interview with The Intercept in February, Larson appeared to blame a specific staffer for House speaker Nancy Pelosi (D-CA) for the lack of movement of the proposal.

“For all of these reasons, passing Larson’s bill — or just forcing Republicans to defeat it — should be a potent issue for Democrats going into the midterms, especially in an atmosphere in which the party badly needs to demonstrate results,” The Intercept said in its report on the interview.